This month's prize goes to Holly - an amazing boxer who sadly lost her bounce and nearly died due to an infection in her uterus.

As you can see Holly is a real character - loves her cuddles and is usually a forever bouncy girl.  Thanks to her owners being very observant they quickly realised that her unusually quiet behaviour and picky appetite were an indication that she was not well.

On presentation Holly was clearly miserable, with no wag in her tail she just stood in the consult room head down feeling very sorry for herself.  She had a high temperature of 40.2oC (normal for a dog is 38.3oC) and was continually panting to try and keep herself cool.  Her abdomen was tense on palpation.  Although she had no vaginal discharge she had a history of very intermittent seasons and it was thought that her last season was probably a few months ago.  Interestingly she was not showing any increase in thirst or vomiting.

Given her very high temperature we suspected that she may have a dangerous infection in her uterus called a Pyometra.

Unfortunately this is a common disease in an un-neutered female dog and sadly can be fatal if not treated promptly.  It can be compared to appendicitis in humans as both conditions result in an infection within a tubular organ.  This tube fills with pus and if left untreated can then rupture spilling infectious material throughout the abdominal cavity resulting in life threatening septicaemia, toxic shock and ultimately death. 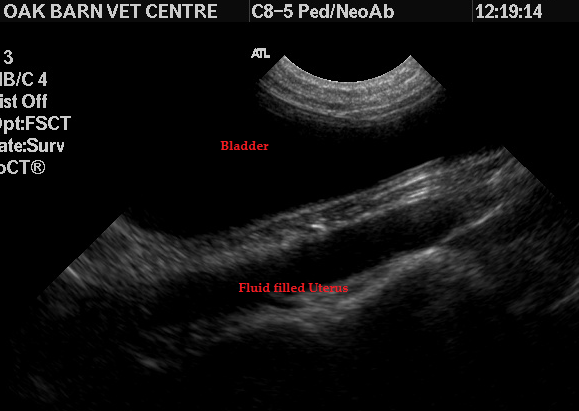 Holly was quickly given some antibiotics and an injection to help reduce her temperature and make her feel a bit better.

It is important to note that at no point had Holly shown any sign of a nasty vaginal discharge - this is known as a Closed Pyometra and is the most dangerous form of the disease.  With the cervix closed the infection is allowed to build up and as the pressure increases the unhealthy uterine wall is weakened and eventually ruptures with dramatic effects.

Pyometra's occur in dogs due to hormonal and structural changes in the uterus lining.  They can happen at any age although it is more common as girls get older.  The main risk period is 8 weeks after a season has ended.  Normally during this period the cervix, which was open during the heat, begins to close and the inner lining of the womb begins to reduce in size; returning to its latent form for six months before the next season resumes.  However with a Pyometra the lining of the uterus may become cystic due to hormonal imbalances (mostly high progesterone levels from cystic ovaries).  This abnormally thickened womb lining is a perfect environment for bacteria to breed.  Generally E. coli that has worked its way from the outside environment through the vagina and the open cervix at the end of a season.  As the season ends and the cervix closes this bacteria is then trapped in an ideal breeding ground. 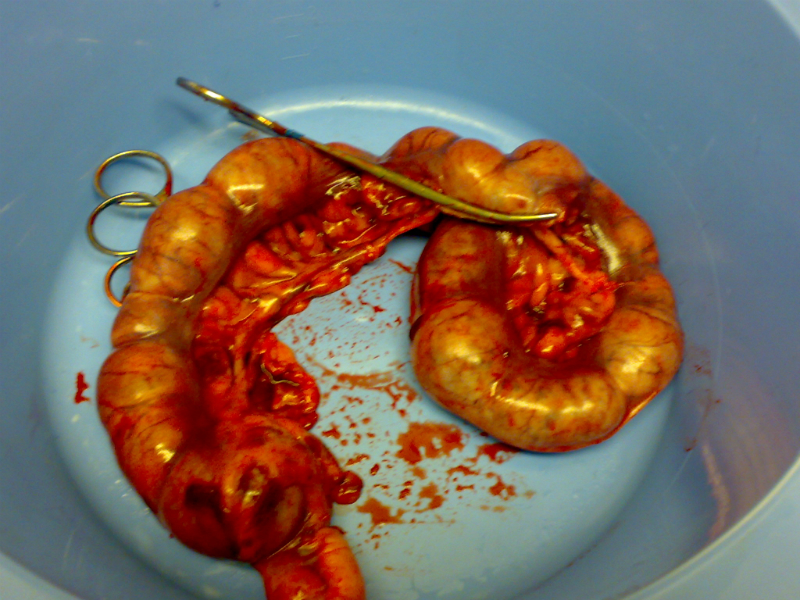 In the past the only treatment option for a Closed Pyometra was trying to stabilise the patient and then performing an emergency ovariohysterectomy (spaying).  Even with intravenous antibiotics and shock treatment these patients as you can imagine are extremely unstable and can often die during surgery.  Equally the pus filled uterus is very friable and can easily burst on handling during the surgery. 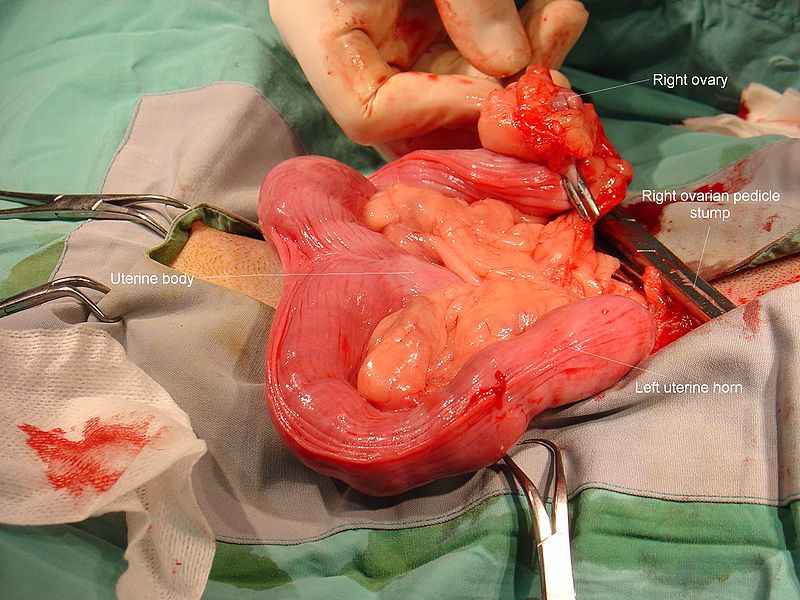 There now a new treatment that you can give medically to treat these conditions.  Using broad spectrum antibiotics and a drug called Alizin which is given by injection.

Alizin inhibits progesterone receptors resulting in the cervix opening and the uterus contracting so the dangerous infective fluid can be expelled naturally with much less risk to the patient and in 87% of all cases results in a complete cure.  A three week course of antibiotics is required and Holly had an injection on day 1, 2 and day 8.  Using this treatment Holly made a miraculous recovery and thankfully did not need to have emergency surgery.  Not only did this save a great deal of risk on Holly's behalf but also is a cheaper way to treat this condition.

After this treatment six months later another season will occur and it is possible to go ahead and breed and have a normal litter of puppies but there is a risk that after that season another pyometra may well occur.  Given Holly's age (at 5 she was getting on a bit to be a first time mum!) we decided to go ahead a month later and spay her.  As she was well in herself, now fully recovered from her pyometra, her anaesthetic was smooth and problem free.  Her uterus, now healthy, was a much easier affair to remove along with her ovaries which were as expected showing signs of cysts which would have been responsible for the Pyometra developing in the first place. 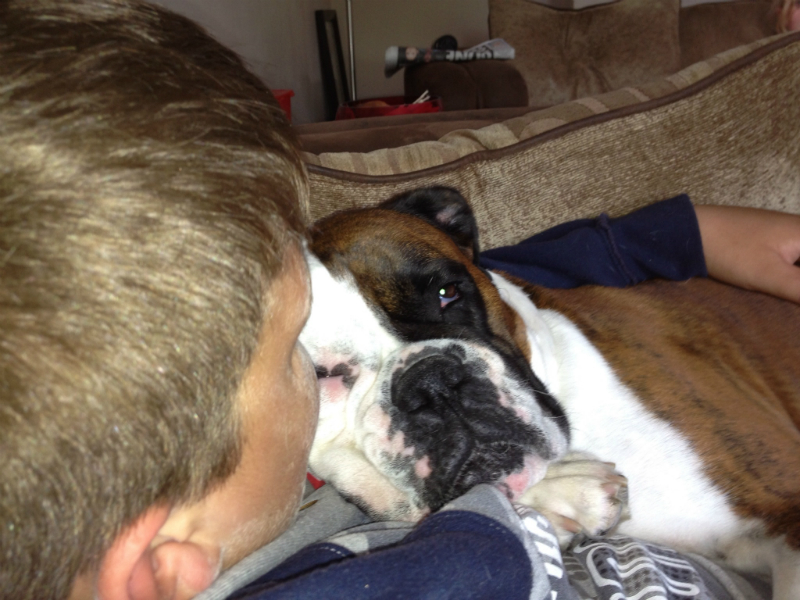 Post operatively we are pleased to say that Holly has made a complete recovery and is back to her usual bouncy self.  Amazing after so many trips to Oak Barn, with multiple injections and an operation she still comes charging in to say hello!

At Oak Barn Vets we always recommend considering early neutering of female dogs unless you are planning on breeding from them.  Using keyhole surgery the ovaries can be removed with only 48 hours recovery time required post operatively.  This removes all risks of Pyometra developing.  For more information have a look here or This email address is being protected from spambots. You need JavaScript enabled to view it. at the surgery.