Case of the Month November 2013

November's case of the month goes to the lovely Molly.  At this time of year we are all used to having runny noses but did you know that cats can have similar problems.

Poor Molly had a horrible nasal discharge, worst still no fingers or tissues to blow it clean.  With thick green discharge coming from her nostrils she obviously felt miserable, putting her off her food and making her loose weight.  As a petite chocolate brown Burmese cat she really couldn't afford to loose any weight either.

As you would expect Molly was given antibiotics - these helped but as soon as the antibiotics wore off the discharge would come straight back again.  Historically Molly had undergone surgery on her throat years ago for a polyp at her previous veterinary surgery - with a very sensitive throat she had suffered some post operative complications at the time resulting in a feeding tube placement and a long stay in hospital.  Obviously we were very keen to avoid further surgery but with swab results yielding no growth it was decided to anaesthetise Molly for a good look down her throat and nose and some imaging.

Once Molly was anaethetised it very quickly became apparent that her larynx and nose were not happy at all!  Her larynx was incredibly inflamed and all lumpy as you can see in the pictures below, for comparison there is also a picture of a normal feline larynx side by side. 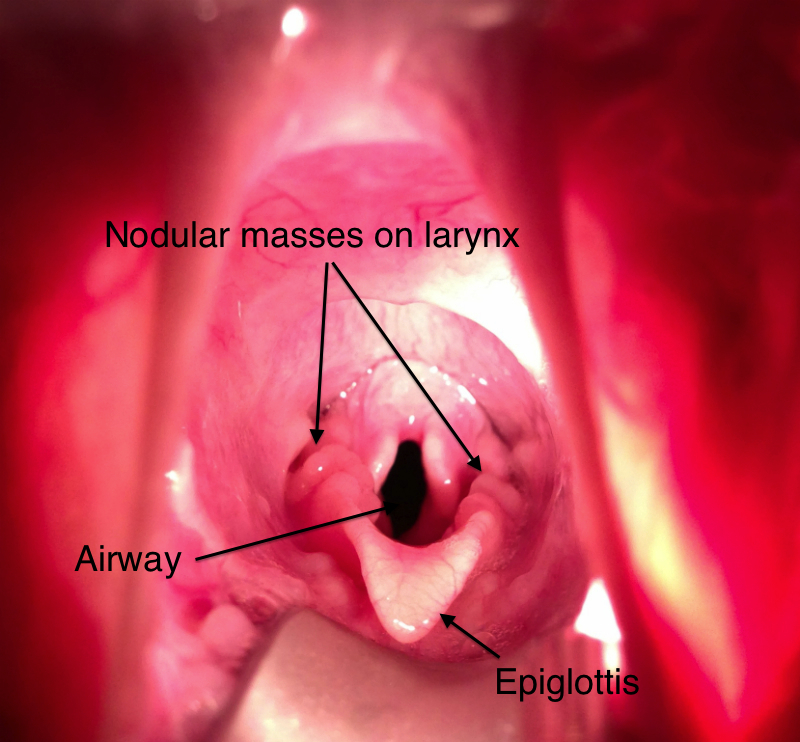 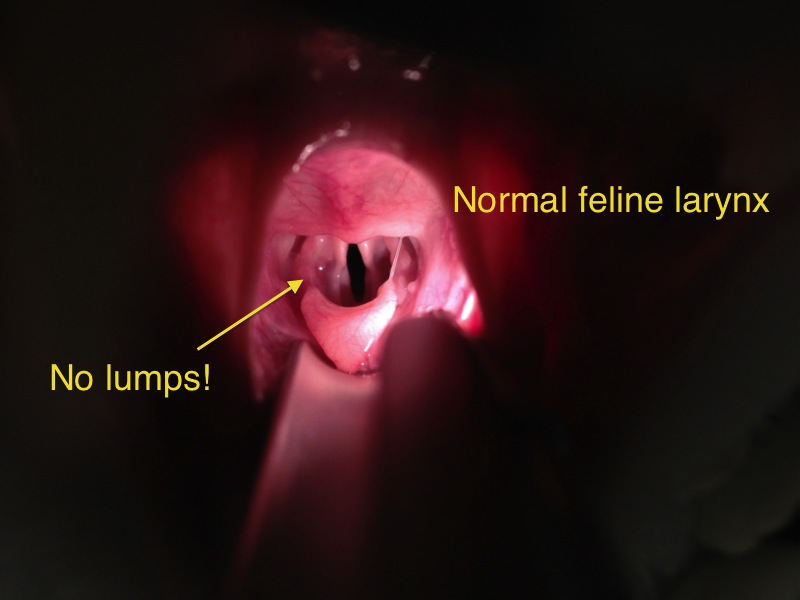 The larynx is the delicate organ at the back of your mouth which is the opening to your airway, the trachea.  In simple terms it is responsible for allowing air to pass through but keeping food and water out, which then is bypassed into your oesophagus and then onto your stomach! 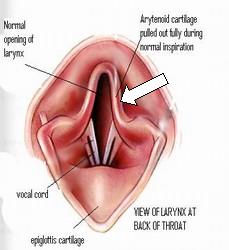 Given that her entire larynx was affected and thus was not a candidate for surgery and x-rays of her nose (see above) showed no sign of any tumours or foreign body.  The nose was flushed with copious amounts of horrible green mucous removed.  We knew from previous blood samples that Molly was otherwise healthy so it was decided against biopsies which ran the risk of complications and medical solutions were sought. 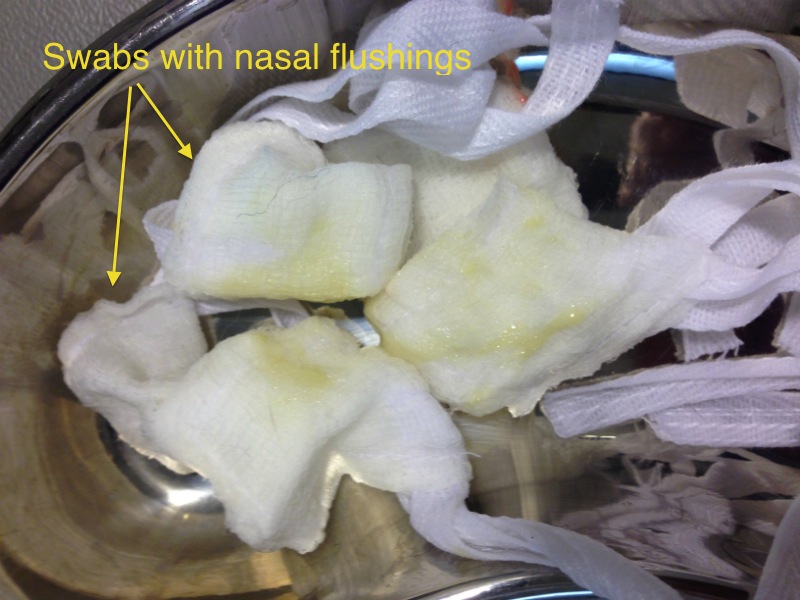 As Molly responded temporarily to antibiotics the green discharge is most likely a secondary bacterial infection, essentially bacteria like easy places to live and if you have a very inflamed larynx producing lots of mucous they love to move in.

A course of antibiotics given by injection (one injection every two weeks with no tablets!) was prescribed in combination with some anti-inflammatories and a drug to make the thick mucous less viscous were given.

Within a week Molly was much better, having regained her voice and a very healthy appetite!  The mucous is now clear and much less with no sneezing or signs that Molly is feeling poorly.

Hopefully with time this chronic hyperplastic tissue will completely settle down.  Although we are not sure what has caused this reaction some form of allergic reaction/upper airway disease has to be suspected especially given her improvement with the medication.

At this rate Molly is on track to enjoy her Christmas dinner just like the rest of us! 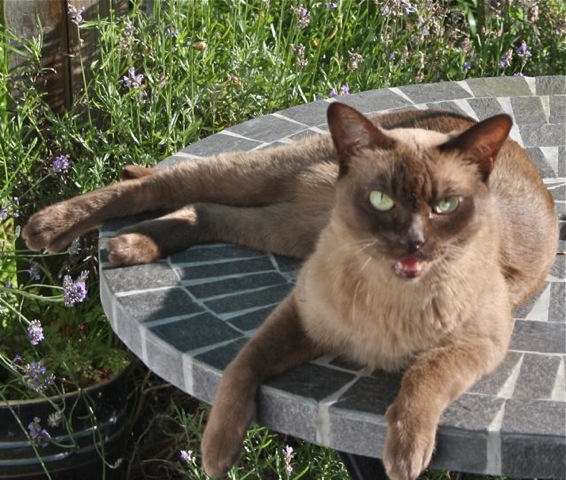