Brave Sam is our September Case of the Month.  He originally grew up in Wales and came to live in Surrey having been adopted in 2013. His past life was as a roaming Tom cat and he has the big cheeks and loving personality to go with it - plus a few scars from a previous 'busy' lifestyle. Despite his rough tough former years he is extremely affectionate and slipped into his new luxurious Surrey lifestyle without a care!

Sadly his life as an un-neutered Tom cat meant that he was at risk of picking up more than just a few scratches and when he was first seen at Oak Barn Vets he presented with a very sore mouth and severe gingivitis.  This gum inflamation was so severe, given his previous lifestyle we decided to run a blood test to see if he had been exposed to the Feline Immuno-deficiency Virus (FIV for short) or feline AIDS as it is sometimes known.

Thirty minutes later we had the result we were not hoping for. Having been confirmed by the pathology lab at Glasgow Vet School the diagnosis was certain.  Poor Sam had the Feline Immuno-deficiency Virus. However despite his sore mouth he had a good quality of life so plans were made to manage Sam’s lifestyle so that he stayed in as good health as possible whilst not being a risk to other cats.

Sam underwent dental treatment to make his mouth more comfortable which involved extracting numerous teeth, including his three remaining canines.  The FIV virus can only be spread either by a cat bite or by mating and now that Sam was neutered and had no teeth neither were to be an option! He made a great recovery from his procedure and started grooming himself and settling in to his new Surrey lifestyle very well.

Over a year later Sam went downhill; he stopped eating and grooming and had a high temperature as well as a swelling on the side of his face. With supportive treatment and antibiotic therapy the swelling resolved and was thought to be an abscess, possibly from a tooth root.

FIV affects how a cat’s immune system is able to respond to infection and leaves individuals much more exposed to various illnesses and infections as well as types of cancer.

Not surprisingly  the swelling came back at the end of the antibiotics and Sam developed a runny nose too.  Under a general anaesthetic dental x-rays showed the swelling to indeed be an abscess around a tiny root fragment of his originally missing canine tooth, likely long since broken in a fight or accident in Wales. Surgical debridement and removal of the fragment as well as oodles of pus was performed.  There are some lovely gory pictures in the gallery below for those of you with a strong stomach!

Even worse for poor Sam - given his immunsupression this infection had quickly taken hold and begun to invade his nasal cavity - this results in something called an oronasal fistula where there is a communicating hole between the mouth and the nostril.  You can see a short video here of us flushing this fistula to make sure it was completely clean before closing the extraction site with fine stitches to close this hole up and thus stop food from passing through from his mouth to his nose!

To top it all, with all of this going on poor Sam was also suffering from a nasty case of anaemia with a PCV of only 18%!  As soon as we had debrided the abscess and removed the infection we were very relieved to see that his red blood cell levels returned to normal.

Sam has yet again made a good recovery - he's a tough boy!  The first night he came home he gobbled his food as if nothing had happed.  He is now back to his usual routine of eating and sleeping and general fussing with his owners.

With the right set of circumstances cats with FIV can enjoy a good quality of life as long as their illness is managed appropriately and they are not left to infect other cats.   In Sam's case he is extremely lucky to live in a single cat household with no in-contact cats and an extremely dedicated loving family of 'servants' to look after him! 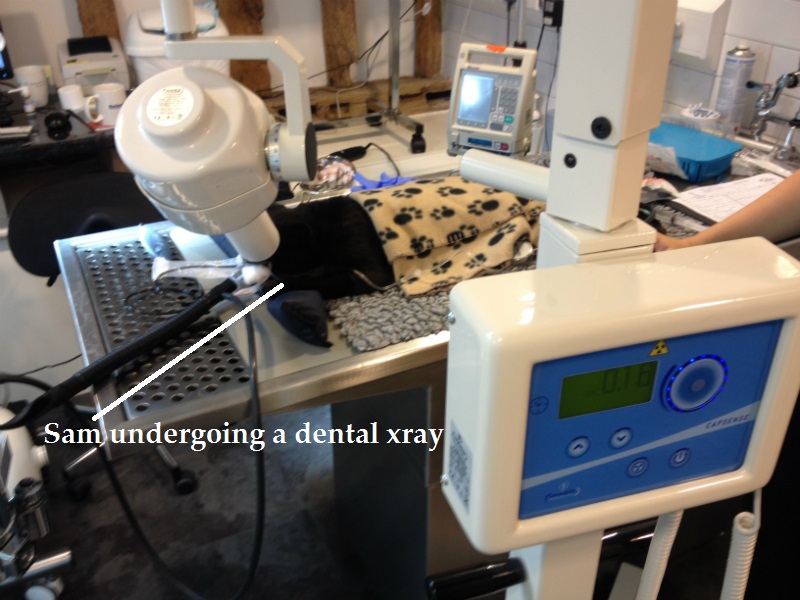 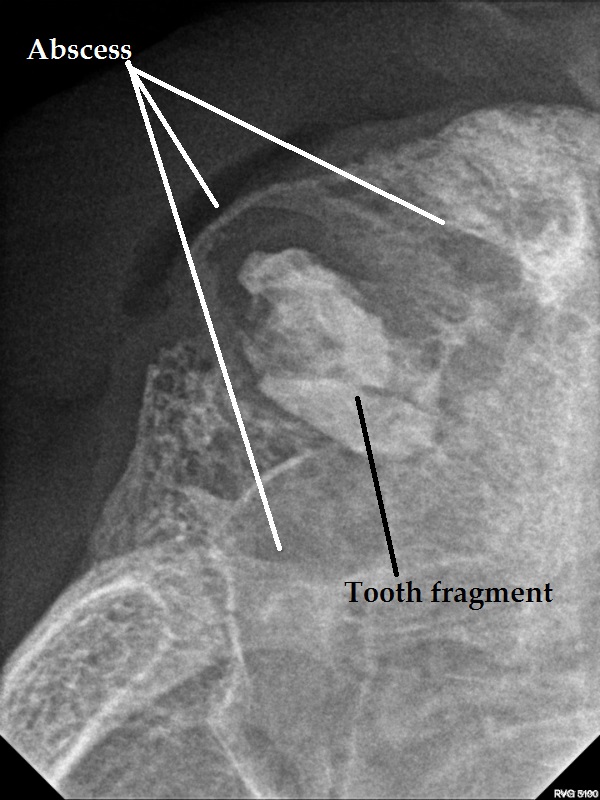 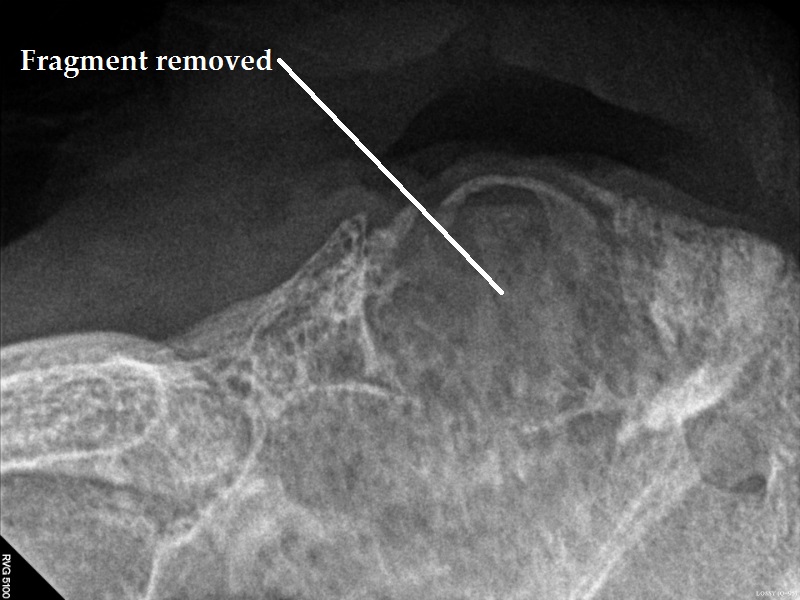 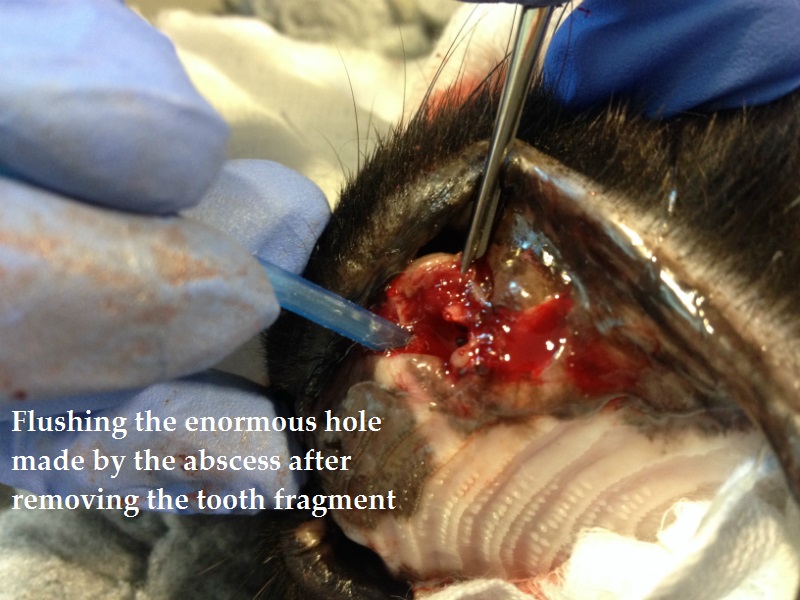 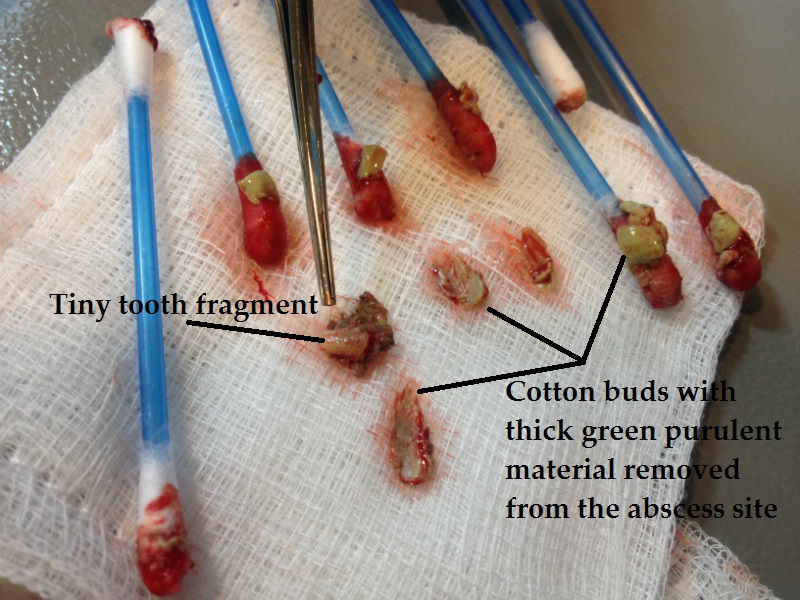 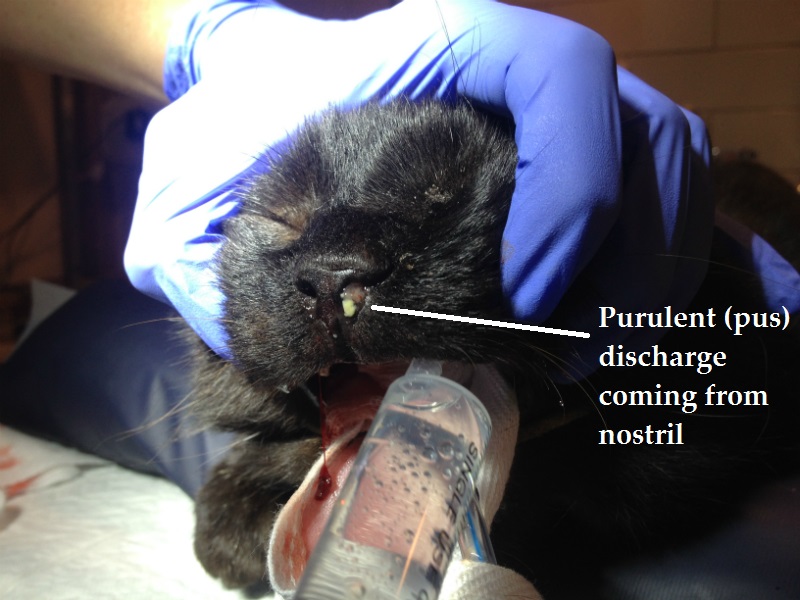 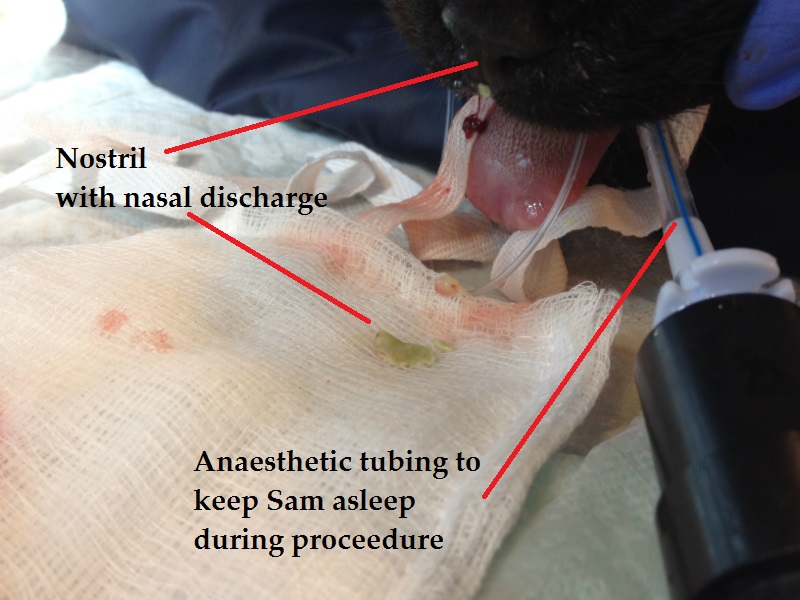 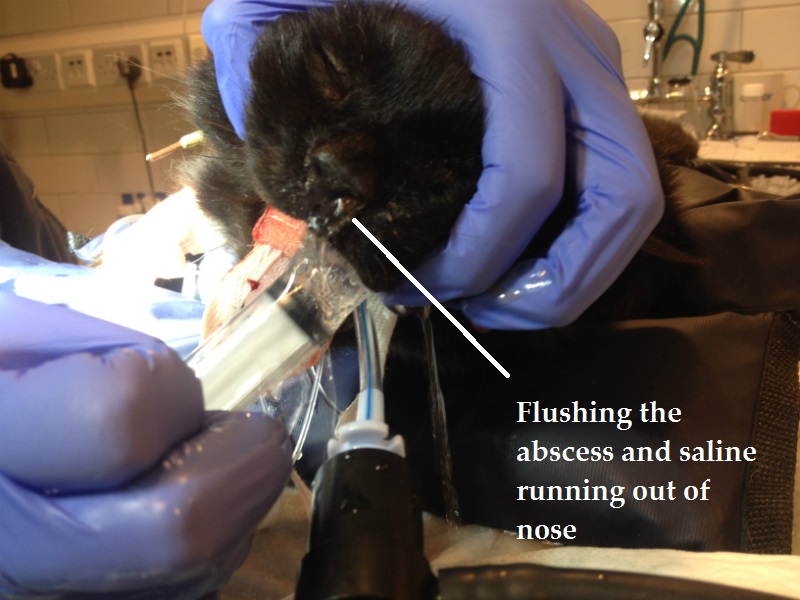 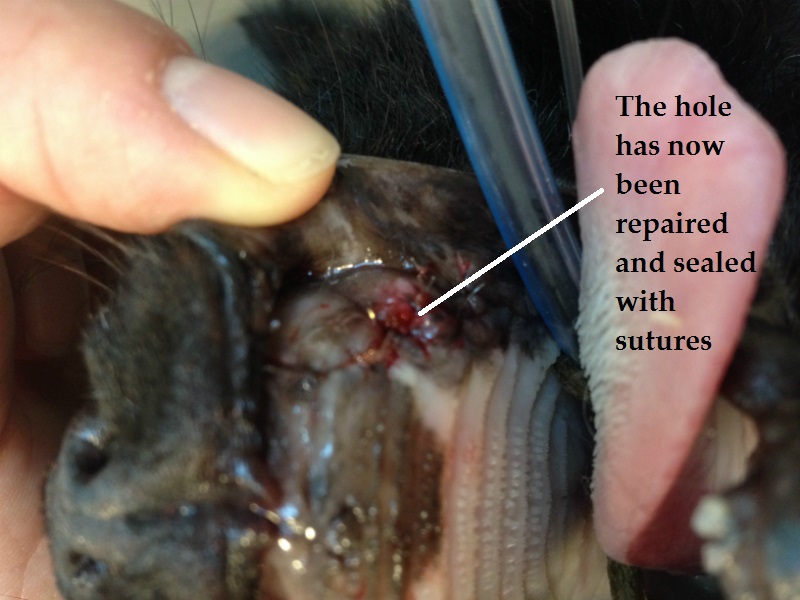