One of our more sophisticated and fashion conscious patients at Oak Barn Vets, Lionel is a one year old, miniature smooth haired dachshund with an appetite for socks!

Being gifted with a keen sense of smell and a low physical stature Lionel is perfectly suited to tracking down his prey and so it was no surprise to his owners when one day, feeling a bit sorry for himself, Lionel vomited up 2 small pop socks!

However sadly this was not the end of his tale. Quite out of character Lionel became more and more grumpy and uncomfortable especially when being picked up so he was brought to see us at Oak Barn Vets. There was no doubt, after Louise’s examination, that Lionel had a pretty severe stomach ache and his history of sock eating added to the concern that more than 2 pop socks were on the menu.

Lionel was admitted and straight away given pain relief and mild sedation to help him relax for further examination. He was dehydrated from his vomiting and lack of appetite so intra-venous fluid therapy was started. Palpation of his more comfortable abdomen revealed an area of abnormal bowel and x-rays showed some gas dilation of his bowel with an abrupt ending consistent with an obstruction.

Some intestinal foreign objects such as stones and metal, show up clearly on x-ray, whereas other material such as plastic and cloth are more transparent to x-rays so cannot be seen clearly. In Lionel’s case, although a foreign object was not obviously visible, the signs of gas being trapped and coming to a stop was very suggestive that there was something there. 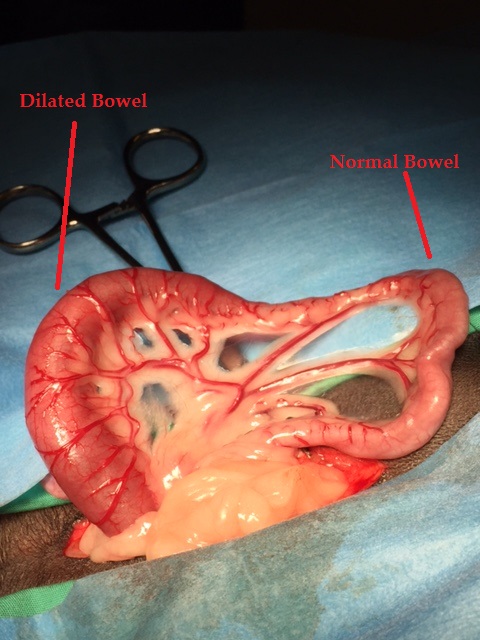 After discussion with Lionel’s anxious owners he was taken to surgery to explore his abdomen for the offending object. Under a general anaesthetic Lionel’s abdomen with thoroughly explored surgically and a firm swelling was found at the end of his small intestine at a structure called the ileo-colic junction. This is the equivalent to the human appendix and a common sticking point due to the narrowing between the large and small bowel.

An incision into the ileum (enterotomy) was performed to remove a now very smelly sock before the enterotomy was closed with dissolving stitches and the bowel and abdomen flushed and suctioned. The rest of Lionel’s intestinal tract all appeared normal and healthy and no further socks were discovered.

After a smooth and comfortable recovery Lionel was allowed home for some rest and recuperation. The next day he showed some signs of nausea and vomiting which was consistent with ileus. This is a common scenario after bowel obstruction where the normal movement of the bowel (peristalsis) which pushes food along the intestine, has stopped happening. Some medication to reverse this problem soon helped Lionel along and he was back to feeling better with his usual appetite. 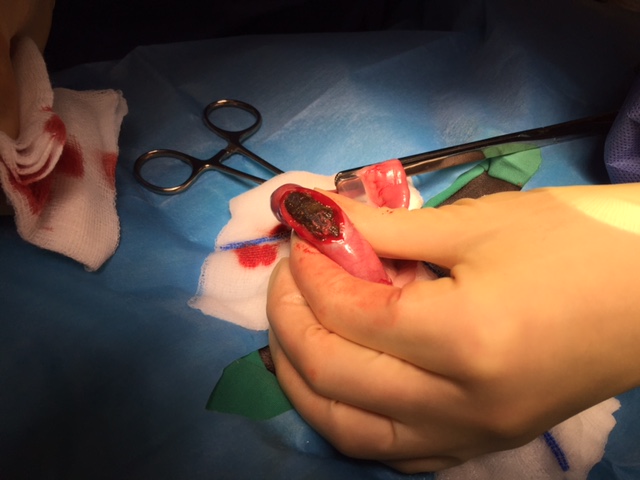 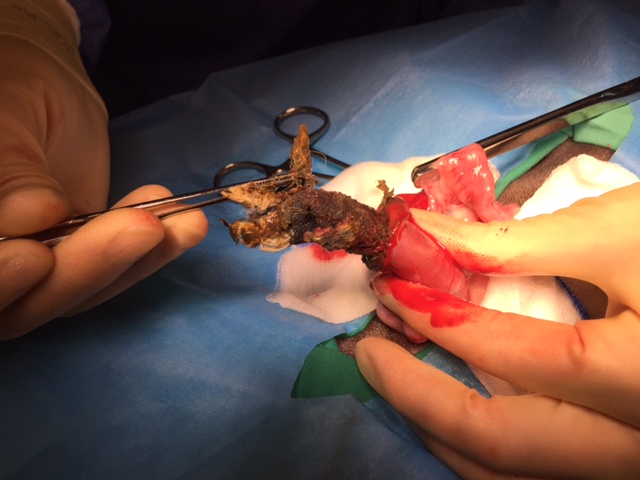 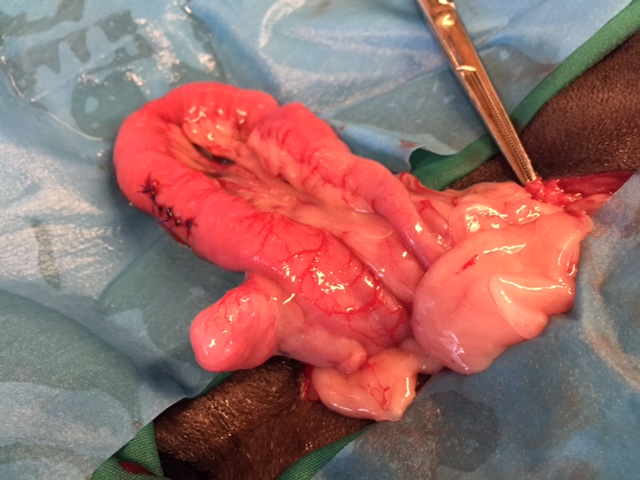 Swallowing of foreign bodies, although sometimes an amusing subject given the variety of
objects, can in fact be a life threatening problem. Prompt recognition and treatment is paramount in reducing damage to the bowel and risk of perforation. Ensuring your pet does not have the opportunity to pick up or eat indigestible objects is the best scenario which can be helped with good training and awareness. Failing that, if your pet shows signs of abdominal pain, vomiting, poor appetite or you notice that something they may eat has gone missing then don’t hesitate to seek Veterinary advice. 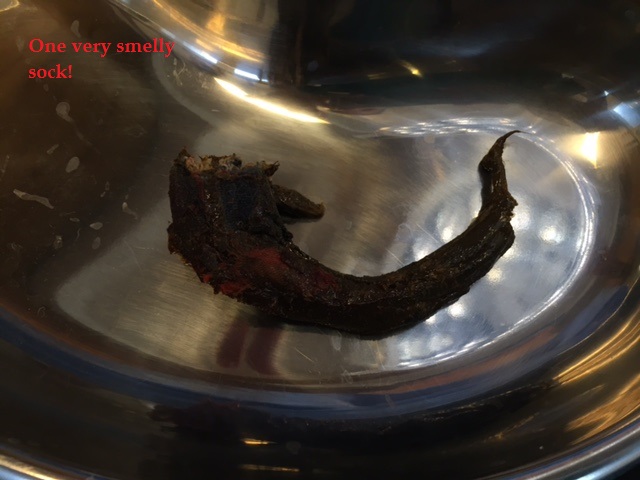