Congenital heart defects in puppies are thankfully very rare - have a read of Pipsqueak's amazing story as our youngest Case of the Month yet!

Pipsqueak was born one of a litter of 5 working cocker spaniel puppies. Although she appeared to be a healthy and lively growing puppy, by 8 weeks of age it was clear that she was a bit different from her brothers and sisters.

Pipsqueak, whilst eating well, was rapidly being overtaken in size by her litter mates. A thorough health check at the time of her first vaccination revealed the cause of her small stature. On listening to her heart a loud heart murmur could be heard and felt on her chest wall.

A heart murmur is not an unusual finding in young puppies and kittens and often appears temporarily as the heart is growing and changing shape. Most of these are “innocent” murmurs which disappear with time, however Pipsqueak’s murmur was of a high grade and likely significant.

Heart murmurs come about through the abnormal flow of blood through the chambers of the heart and major vessels. This causes an audible swishing or buzzing sound when the heart is listened to with a stethoscope. Murmurs are graded in volume and described in relation to when in the heartbeat cycle they are heard. In older dogs the development of a heart murmur may indicate changes to the heart muscle/valves and often warrants investigation. In younger animals the presence of murmurs suggests that there may be an abnormality with the way in which the heart has developed.

Pipsqueak’s owner agreed that further investigation was the next sensible step and Heidi Ferasin BVSc, Cert VC MRCVS, a visiting Cardiologist from SVCC, who is a regular at Oak Barn Vets, was called in to carry out a cardiac ultrasound examination (Echocardiography). A very patient Pipsqueak laid still whilst Heidi scanned the chambers and vessels of her heart and took a series of measurements - not an easy task in such a small pup! It soon became apparent that she had a congenital defect called a Patent Ductus Arteriosus (PDA) and was already beginning to show the signs of early heart failure. 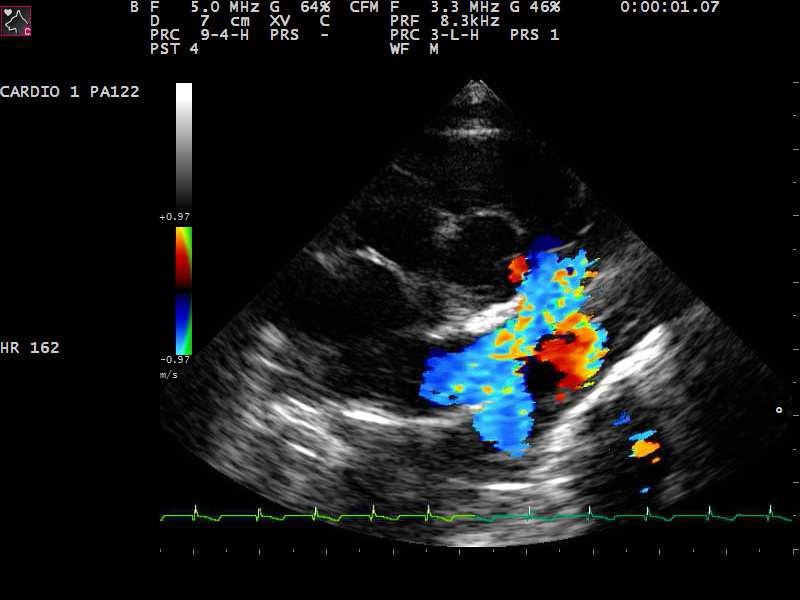 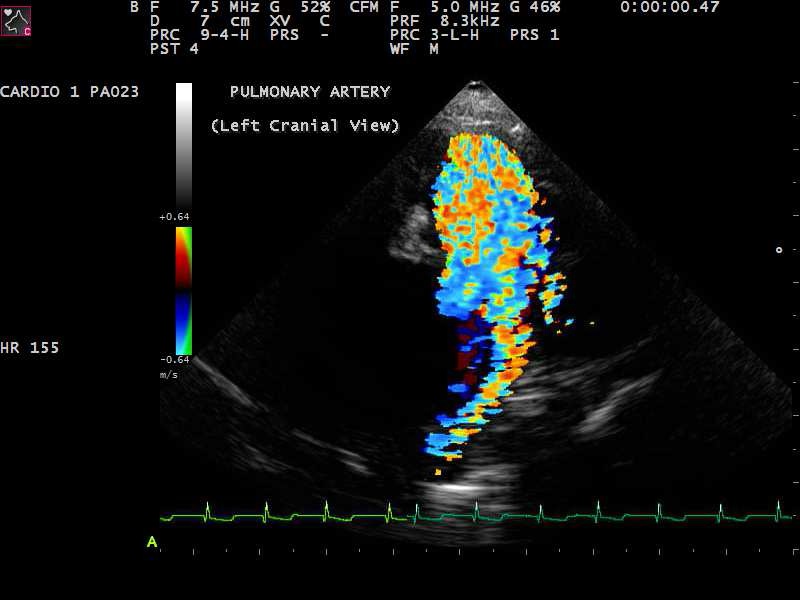 PDA is the failure of a blood vessel to close at birth. The ductus arteriosus is a bypassing vessel which allows blood to take a short cut between two major vessels, the aorta and the pulmonary artery, before a puppy is born. Once born this vessel should quickly close up due to pressure changes as the lungs start working. If the vessel fails to close then blood continues to take a diversion leading to low oxygen levels in the blood, failure to grow properly and progressive heart failure. 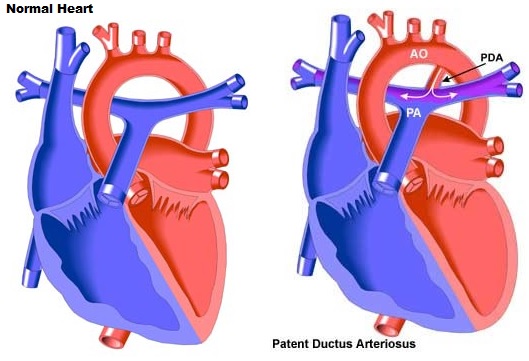 The only effective treatment for a PDA is surgical closure of the vessel. Traditionally this has been via open chest surgery but other minimally invasive keyhole and catheterisation techniques have also been developed. Unfortunately, due to the severity of the condition, the best chance of success was with early surgery so Pipsqueak was referred to Eastcott Referrals in Swindon for open chest surgery at just 8 weeks of age. 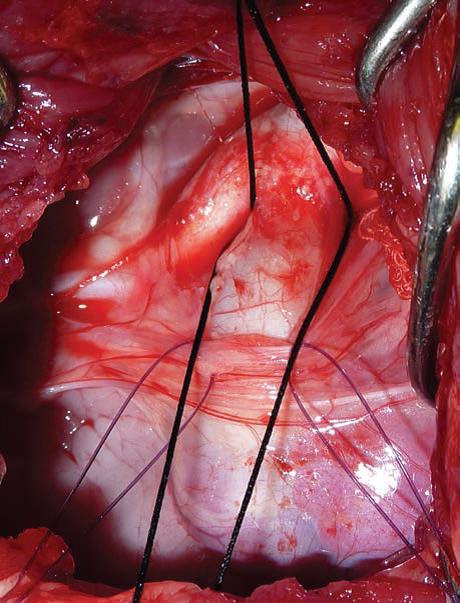 Tim Charlesworth MA VetMB DSAS(ST) MRCVS RCVS Recognised Specialist in Small Animal Surgery (Soft Tissue), was the soft tissue surgeon at Eastcott Referrals.  He and his team, did a fantastic job of looking after Pipsqueak and her surgery and recovery went well. Tim said that the abnormal vessel was the largest one he had operated on!

Having made a quick recovery Pipsqueak, we are pleased to report that Pipsqueak was soon back home playing with her litter mates. Subsequent check-ups at Oak Barn Vets have found that her heart murmur has gone and she is full of beans! Pipsqueak’s family have decided to rename her “Charlie” after her surgeon and with a bit of luck she should go on to live a normal healthy lifestyle with no further treatment ever needed - a happy tale all round! 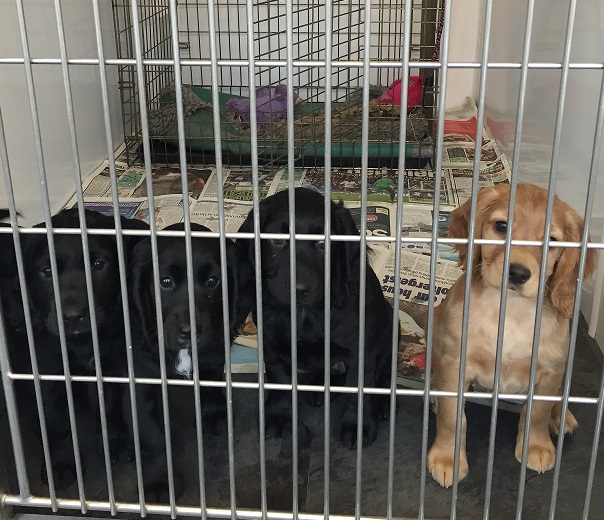 Pipsqueak with all her litter mates keeping her company at the practice for her scan!  Much more fun when  you have your brothers and sisters keep you company. 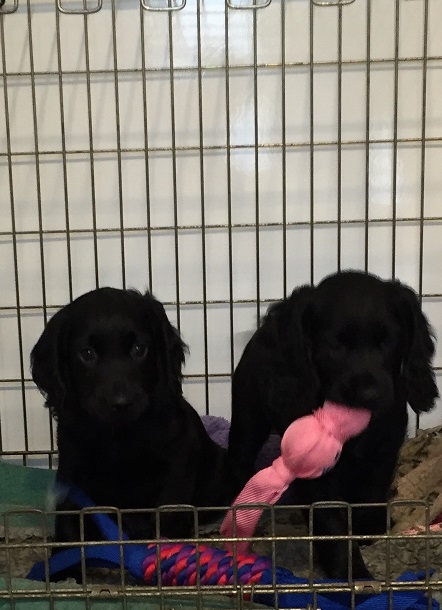