Every now and then we see a condition and know that we will likely never see another again in our careers. Rory is one of those patients!

In fact so rare is Rory’s condition that he is the second known case ever to be reported in dogs. Rory has Naevus of Ota which is an overgrowth of melanocytes (pigment cells in the skin) around and within the eye. The margins of the pigment change are defined by the limits of the nerves (ophthalmic and maxillary branches of the trigeminal) supplying that area. This condition is seen more commonly in people where they have the appearance of a birth mark around one eye. 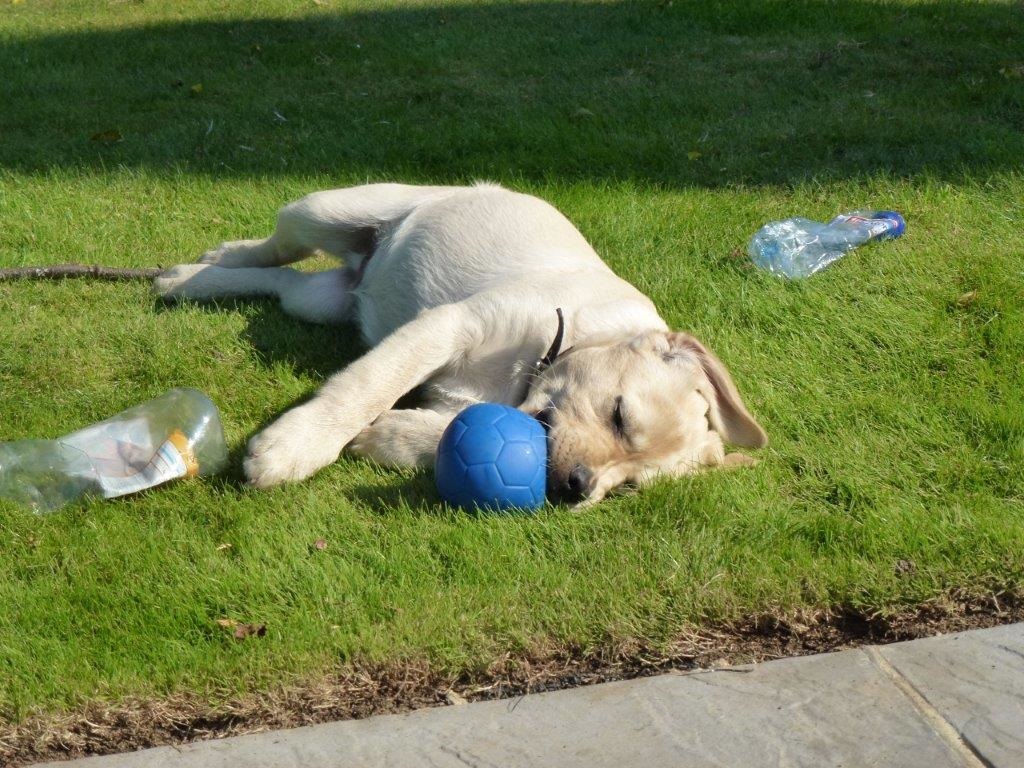 Rory was first seen with his condition in 2014 when his owner had noticed a white spot forming in the centre of his eye. When a more detailed eye examination was carried out, fat deposits were the cause of the white spots but also darkening of the white of his eye (the sclera) was detected as well a black pigmentation of the normally pink conjunctiva around the eye. We checked his eye pressures using a tonometer and he had no signs of glaucoma and his eye was comfortable although slightly odd looking. We were concerned at this stage that Rory may have developed a melanoma (cancer of pigment cells) in his eye and he was referred to an ophthalmic specialist, Optivet, for further examination. 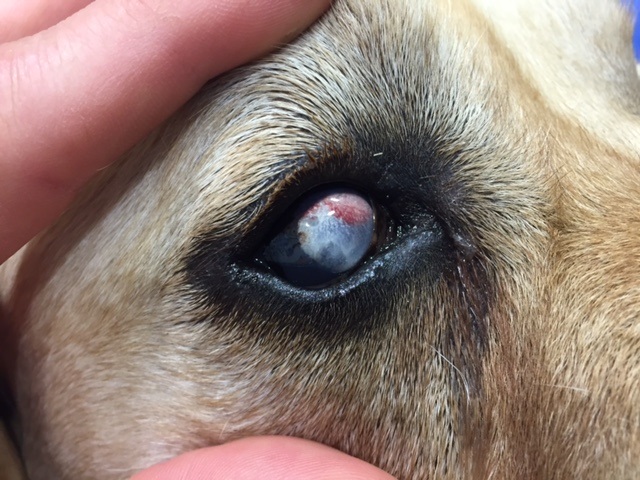 On further examination with the Veterinary opthalmologists Rory was also found to have pigment changes to his skin and coat around the affected eye. After much deliberating and research, numerous biopsies were taken from around Rory’s eye and sent for analysis. A diagnosis of Naevus of Ota was reached, only one other case having recently been reported, and a plan was made to monitor Rory’s eye closely for any further changes in the future.

Over the last year and a half the colour changes to Rory’s coat and eye have become more obvious with him developing a perfect line down the centre of his head where the nerve reaches and stops. His eye had become more blackened with the melanin pigment and the fat deposit had become larger and thicker causing him to lose sight in the eye completely. 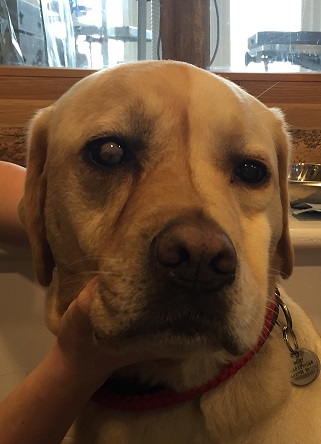 Gradually his eye became so abnormal we were concerned that it may become uncomfortable or cancerous so in February he was booked for surgery to remove the eye (enucleation).
Rory breezed through his surgery and enjoyed the extra fuss and attention.

Further analysis of his eye showed no evidence of cancer but it was full of pigment cells. Also his retina had become detached and the eye was blind. With his stitches removed and having started to re-grow his hair he still has a very distinctive harlequin colour pattern on his head making him look like the one in a million that he truly is!