Case of the Month - October 16

With all the doom and gloom in the press at the moment we thought a real feel good Case of the Month was in order!

Will is a very smart twelve and half year old male Shih Tzu, although the breed name means 'Little Lion' there is nothing fierce about Will and he is a real gentleman!  Although he is not a puppy any more with the average lifespan reportedly being 13 years, we often see Shih Tzu's in their late teens.

Will presented to us as his owners had been concerned that his mouth seemed uncomfortable and he was reluctant to have it examined.  On oral examination we were worried to see that Will had a mass in his mouth that was causing his teeth to be pushed apart.  This area was infected and he was obviously uncomfortable with it.

Oral antibiotics, pain relief and a soft food diet were started and Will was scheduled for a General Anaesthetic and further treatment.  As with all our patients undergoing an anaesthetic procedure, Will had a blood test and careful chest ascultation prior to his surgery.  For an old boy he had fantastic blood parameters and his anaesthetic went very smoothly.

Once anaesthetised we could examine his mouth properly and take x-rays with our special dental machine.  We were concerned to see that Will had a large oral mass erupting from his gum line that was pushing his teeth apart.  Dental X-rays revealed the depth of the problem. 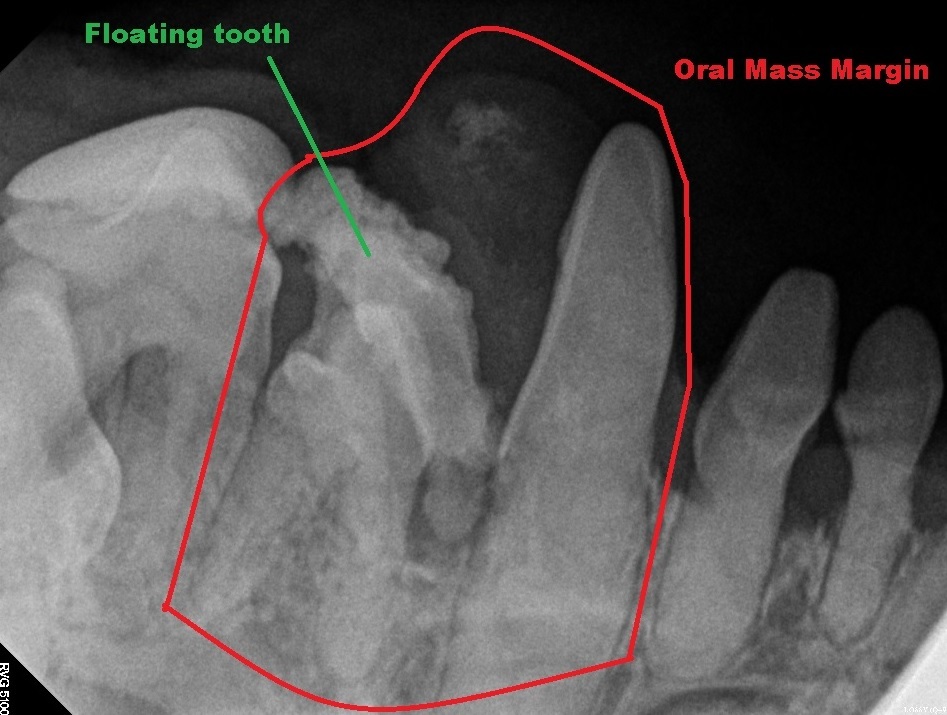 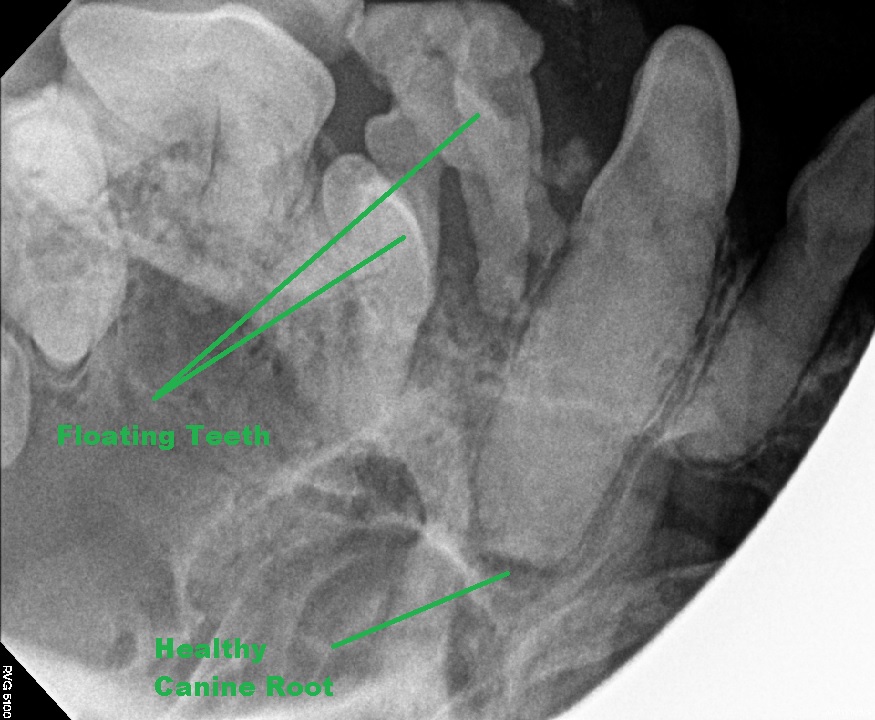 The good news was that there appeared to be no damage to the underlying bone and the canine tooth was healthy.  The floating teeth were removed and the oral mass was debulked and sent away for analysis with a cytology sample of his lymph node too.

At this point we were all worried that Will may have a form of oral cancer.  Unfortunately with tumours orginating in the mouth it is almost impossible to remove them in their entirety without taking large chunks of jaw bone and considering radiotherapy as an adjunct.

Whilst we had a nervous wait for the histology report, Will impressed us all by bouncing back from his surgery.  He woke from his anaesthetic and demolished a plate of chicken and rice! On returning home he made up for lost time - now that those painful teeth had gone he had some serious eating to do! 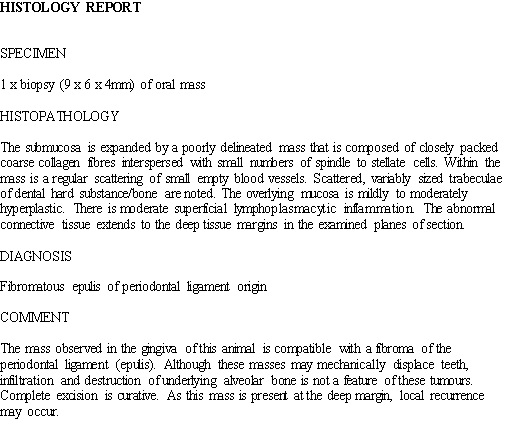 We were all thrilled to get his results back!  Great news that the mass was not a malignancy but a benign form of growth called a fibromatous epulis.

These growths are not life threatening.  They originate from the ligament that hold the teeth in place (the periodontal ligament).  As the abnormal tissue grows, it displaces teeth but it does not spread elsewhere in the body.

Although it will slowly grow back in the same spot, now that the teeth have been removed it should not be painful.  Periodically we may need to trim it back in a debulking procedure but no more serious treatment than that is required!  All good news considering its alarming appearance at the begnning!

Will of course was very pleased to hear the news but his owner reports that his appetite has yet to decrease on recovery!! 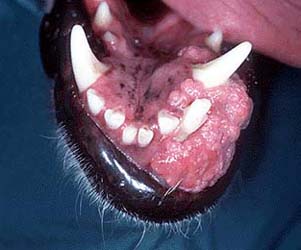 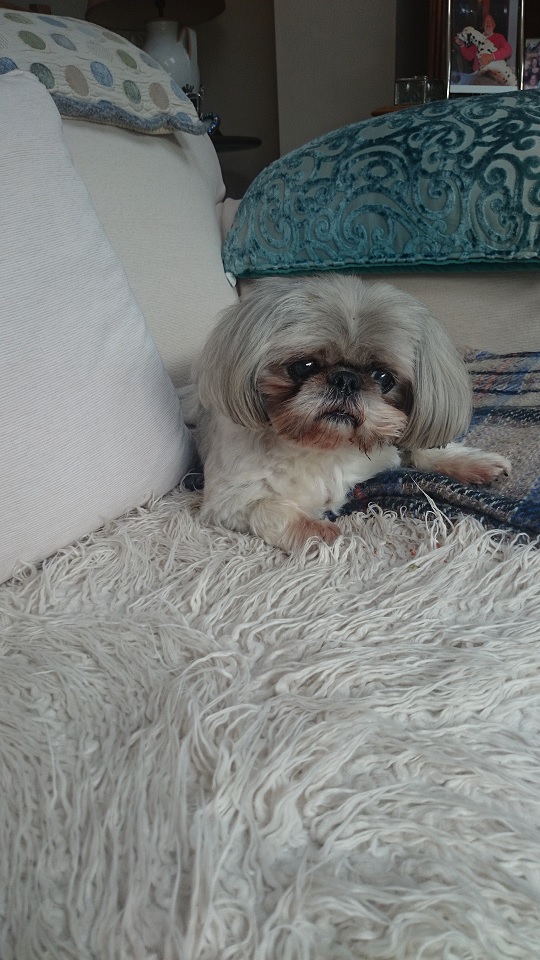 Will fully recovered at home!