Whoops!  You can tell it's been busy - prepare yourselves for two cases in quick succession!

Tasha is a very perky 8 year old Minature Schnauzer with a normal appetite and waistline. However she had progressively started drinking more and more water and was now needing to urinate very frequently.

Tasha's owners sensibly contacted us at the practice and managed to obtain a first morning urine sample from her.  The first sample of the morning, when we urinate should always be fairly concentrated, but Tasha's urine was incredibly dilute.  We measure the concentration of urine using something called Specific Gravity using a refractometer.  Amazingly Tasha's urine was so dilute it was almost the same strength as pure water with a Specific Gravity of 1.005.  Pure water has a reading of 1.000 and as a minimum reading we would expect a dog to pass urine of a concentration above 1.020.

Diabetes Mellitus (DM) is the type of diabetes that we all think of which is characterised by an increase in thirst and urination due to a lack of insulin production from your pancreas.  This lack of insulin means that it is impossible to regulate your blood glucose without urinating glucose (hence the drinking and urinating).

Diabetes Insipidus (DI) also causes a marked increase in urination and drinking but there is no glucose lost in the urine and insulin production by the pancreas is normal.  DI is due to a problem with the pituitary gland in the brain which struggles to produce a hormone called Vassopressin or Antidiuretic Hormone (ADH).  ADH is responsible for telling the kidneys how much water to conserve whilst eliminating toxins.  During the day our kidneys have  constant level of toxins that need excreting in our urine but deal with varying degrees of hydration depending on water intake.  Normally the pituitary gland monitors this hydration status and produces ADH to regulate the concentration of our urine.  However in cases of Diabetes Insipidus the pituitary cannot make ADH and the kidneys continue to produce very dilute urine regardless of the hydration status. 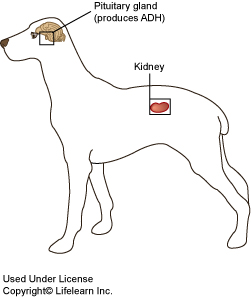 Thus poor Tasha was producing urine at a vast rate of knots and appearing much like water when it hit the ground!  Tasha was admitted to the practice and had blood tests to ensure her kidney function and calcium levels were normal.  Cushings and other endocrine diseases were screened and found to be normal also.  So with our suspicions high for DI Tasha underwent a Water Deprivation Test.  Her body weight was closely monitored hourly and water was withheld.  As she naturally began to dehydrate over the course of the day every urine sample that she passed had it's specific gravity measured and sure enough despite becoming dehydrated her urine was still much the same as water!  This confirmed that Tasha is a very special unusual girl and has Diabetes Insipidus!

Thankfully treatment is very simple although we do have to borrow medication from the human medical world.  As soon as Tasha started on a replica form of ADH her clinical signs have resolved and we are very pleased to report that her thirst and toilet trips are back to normal.

So how rare is Tasha?  Well between Louise, Andrew and Heilin there is a total of 35 years experience and Tasha is only the second case that they have seen in all that time - so very special indeed! 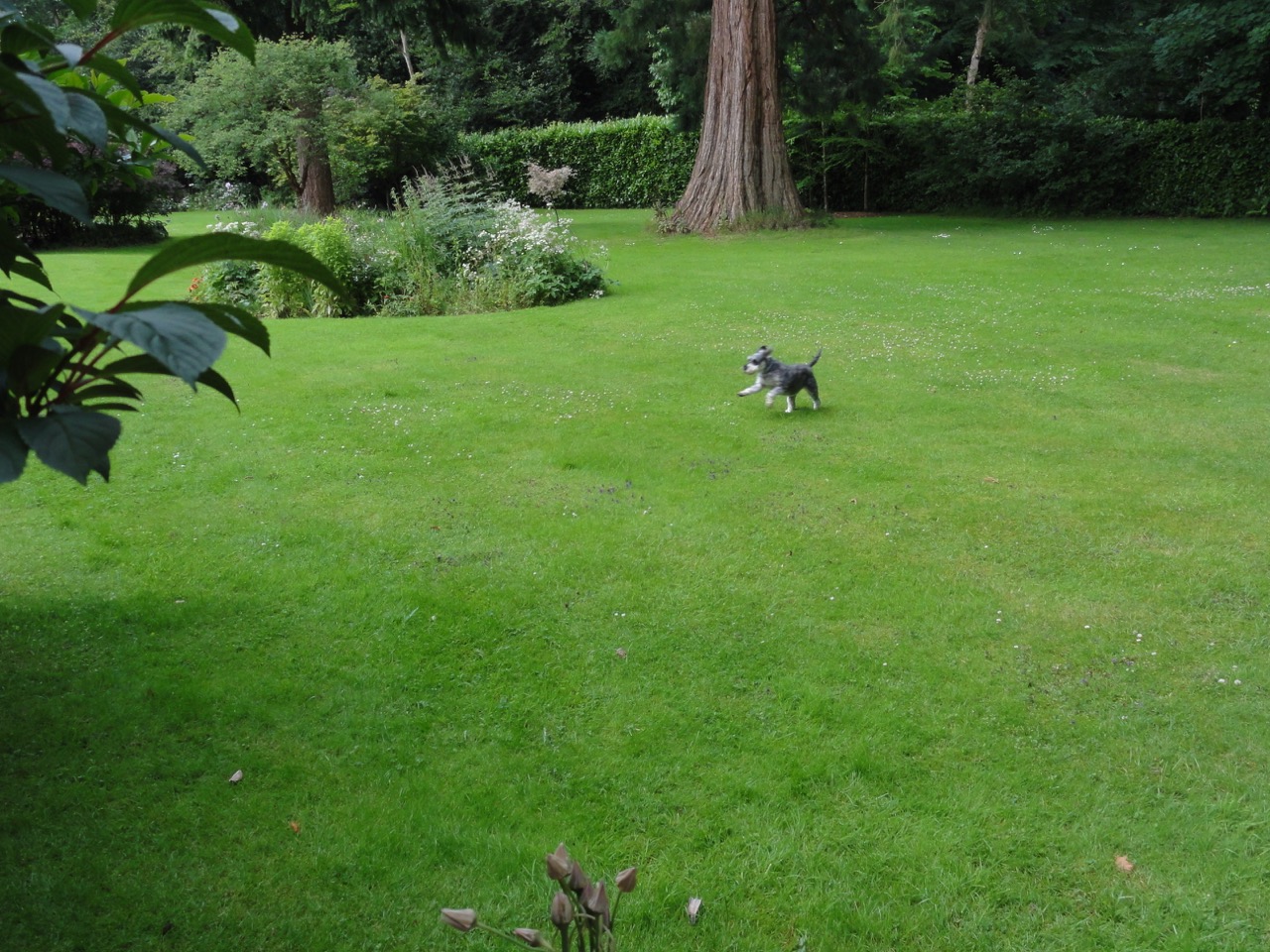