Monty is a rather lovely fun-loving and enthusiastic 14 month old cocker spaniel. As with most canine youngsters, Monty likes to try new things, he particularly enjoys chewing and eating things in addition to his normal food. Unfortunately this rather high risk habit was the reason for Monty’s recent early morning emergency visit to Oak Barn Vets.

Monty had eaten a bottle of almost 100 ibuprofen tablets. For a dog of Monty’s size, the toxic dose of ibuprofen was calculated to be around 800mg of ibuprofen – that’s the equivalent of just 4 standard ibuprofen 200mg tablets. Monty had consumed up to 20 times his toxic dose!  Ibuprofen can be very poisonous to dogs and cats, its toxic effects are very serious and can result in kidney failure, stomach ulceration, liver damage and blood clotting disorders. 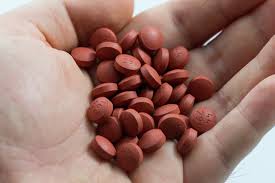 Monty was immediately injected with a drug to make him vomit. It is important that this was done as soon as possible (ideally within 1-2 hours of eating a toxin). He successfully brought up a large quantity of pink and white chewed up tablets and the breakfast that he’d enjoyed about 45 minutes earlier. We had to suspect that some ibuprofen may have already been absorbed through his intestines and into his blood system. Monty was next given a small meal containing activated charcoal which lines the stomach and intestines and stops any further ibuprofen getting absorbed.

To assess Monty’s kidney function, liver status and red blood cell count carefully an initial blood test and urine sample was taken so that any changes could be carefully monitored. Monty was placed on an intravenous drip so to support his kidneys and to help flush the ibuprofen out of his system.

Poor Monty had to stay on his drip in hospital for two days and daily blood tests were taken. His urine production was also monitored as this too can give an indication of kidney function. We transferred him for an overnight stay with our VetsNow colleagues in Guildford who look after our critical patients at night. As there were no signs of kidney, liver or bleeding problems detected on any of his blood samples and we were able to discharge Monty two days after he was initially brought in. Fortunately Monty is crate trained and so he being in one of our kennels was a not a stressful experience for him - he seemed very relaxed and pleased with the all the attention he was getting. 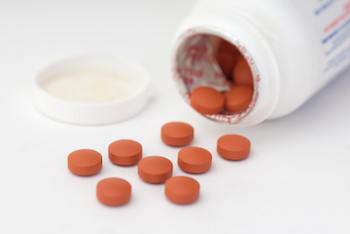 Ibuprofen toxicity is a worrying and potential fatal condition in dogs and cats. Monty’s owner being able to get Monty to Oak Barn Vets so quickly, knowing exactly what tablets he’d eaten (the name and strength of tablet) and roughly how many tablets had been consumed, the rapid ‘decontamination’ of his stomach and the supportive therapy he received over the two days are all key factors in why Monty has had such a successful outcome from his pill eating episode.

Monty came in for his annual health check and vaccination a few days ago and we are pleased to report that he continues to greet us with his usual charm and enthusiasm and that he has put this ibuprofen eating adventure behind him. 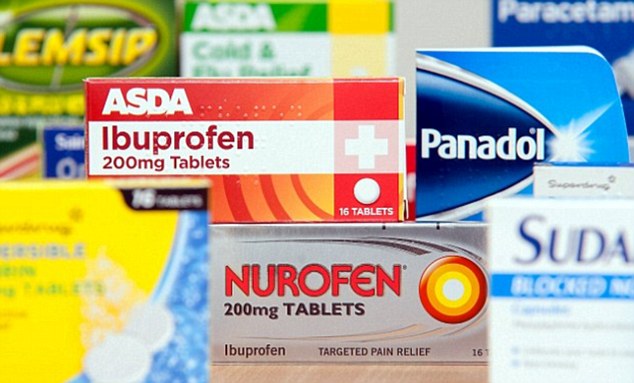