Case of the month - January 17

Cream might be one of our smallest Cases of the Month but she's certainly still one of the bravest!  Can you spot the obvious problem?

Cream is a four year old female guinea pig and much loved member of the family, who were naturally concerned when she started to show signs of discomfort when urinating.  Lifting her bottom up in an odd position and sometimes making noises too which she had never done before.  Worse still there was also the suspicion that she may be passing blood in her urine, so sensibly an appointment was made for her to have a check-up.

On exam she was bright and in true guinea pig style eating well!  Worryingly abdominal palpation made her squeak and you could feel a hard lump in her abdomen towards the pelvis. She helpfully urinated at this point and we were able to test her urine.

Guinea pig urine is slightly opaque normally, Cream's did contain blood but also lots of gritty material.  Urinating is a way of the body excreting toxins and excesses during normal metabolism.  However, if the urine is milky, gritty, or leaves gritty residue after it dries, it often indicates that there is too much calcium in a guinea pig's diet. These minerals will bond together to form stones if left untreated. Pink or bloody urine normally indicates that sludge or stones are present.

Cream was admited and a concious x-ray revealed an enormous stone in her bladder.  It almost filled her bladder entirely! 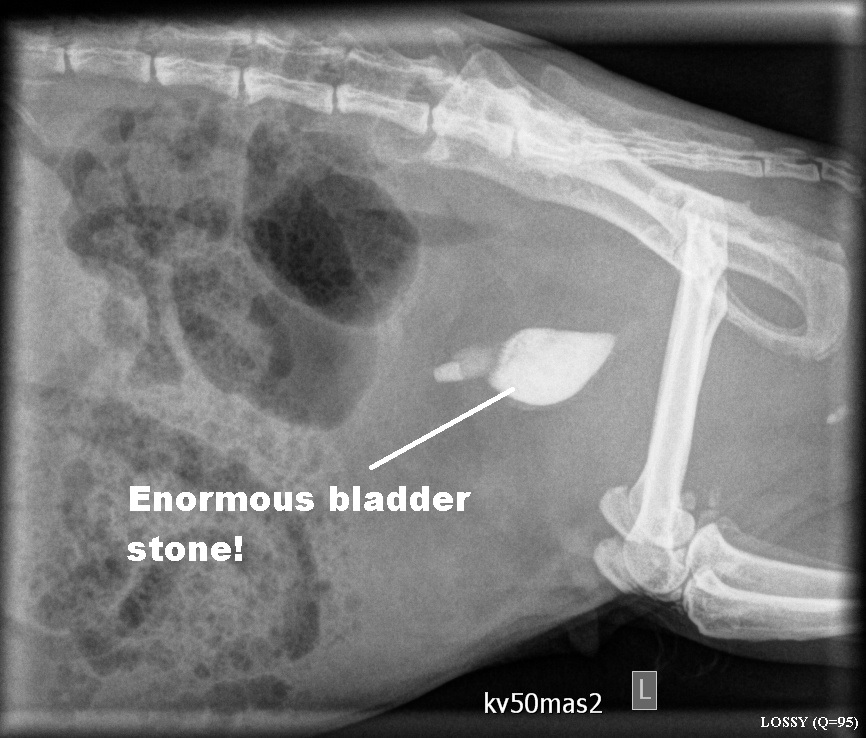 Results of the x-ray were discussed with her owners and we prepared Cream for surgery.

Guinea pigs must never be starved due to their specialised digestive tract so pain relief, antibiotic cover and fluids were given and Cream was anaesthetised.  Her tummy was clipped and surgically prepared and the abomen opened.

The only way to remove such an enormous stone is to open the bladder (perform a cystotomy) but this carries risks of urine leakage into the sterile abdomen.  Therefore the very inflammed bladder was gently lifted out of the abdomen and packed with sterile swabs to minimise the risk of leakage.

The bladder wall was incised carefully to avoid not only the ureters but the bladder neck too and very slowly the enormous very hard stone was encouraged out!  Once removed the stone was an almost perfect cast of her bladder! 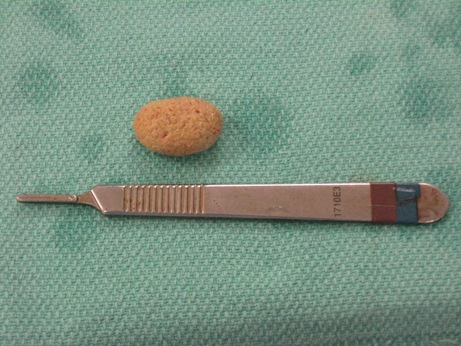 The bladder was repaired and then flushed with sterile saline.  The swabs were removed and once her abdominal organs were all back in the right place she was stitched up.  Guinea pigs often try and chew their sutures so they were carefully hidden under the skin to make chewing them much harder!

She recovered very quickly from her big op and was soon eating again with gusto.  Her diet has been tweaked slighlty to increase her water intake and avoid high calcium foods. Howver many guinea pigs are predisposed genetically to produce stones and all guinea pigs do need some calcium in their diet for healthy strong bones.  For a list of guinea pig foodstuffs and the calcium they contain have a look at the Guinea Linx website.  If you are ever worried about your guinea pig please let us know as soon as possible!

Here are some pictures of Cream, all recovered and enjoying some fuss for being so brave! 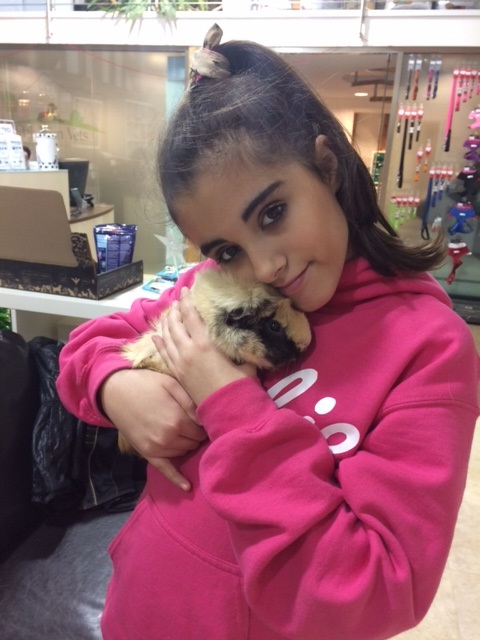 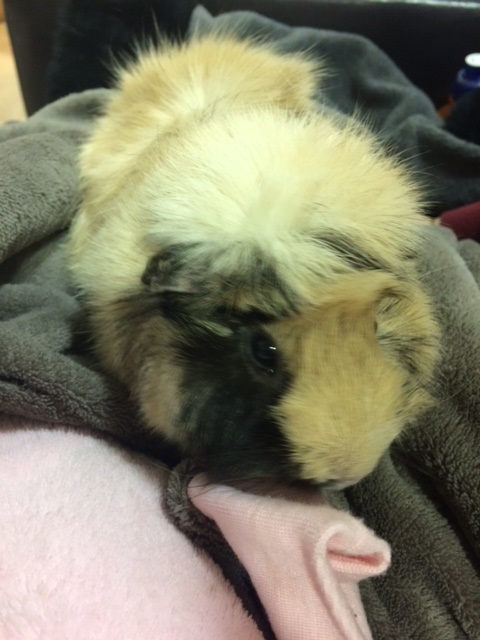