In a multi-cat household, it can be difficult to identify the culprit when you know someone is not right at home. However after careful deduction it soon became apparent that Willow, a 2 year old Maine Coon cat had been off her food for a few days and was losing weight. (**Be warned surgical photos are contained within the main article!**)

On clinical exam, she was dehydrated, had lost about half a kilo (which is quite a lot for a cat!) and had some abdominal effort to her breathing. She had a high temperature and an abnormal mass was palpated in her abdomen. She was immediately admitted for further investigations. 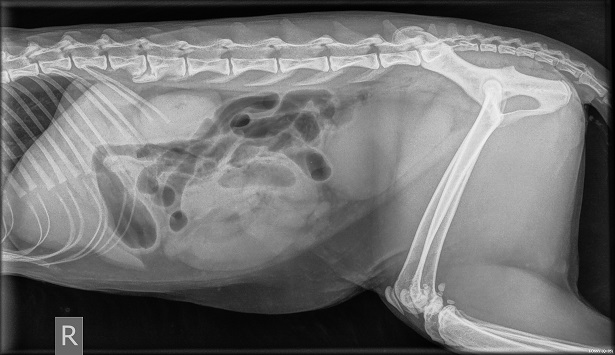 She was sedated and survey radiographs of her abdomen were taken, which revealed an obstructive pattern. Something was blocking her bowel and making her feeling quite unwell. An ultrasound examination of this finding revealed the classic ‘bullseye appearance’ of an intussusception. An intussusception is where one portion of intestine engulfs another. Her sedation was converted into a general anaesthetic and an exploratory laparotomy was performed to determine the cause. 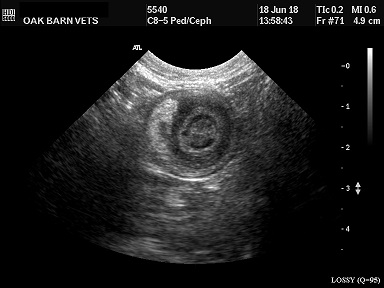 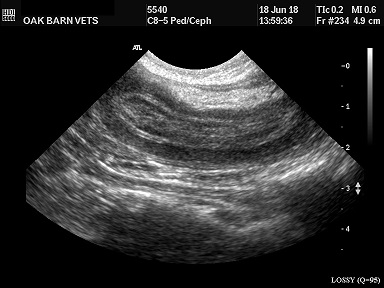 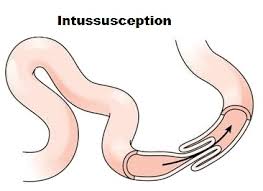 A small intestinal intussusception was confirmed. Due to the blockage the blood supply to this area had been cut off. The bowel was therefore dying, hence the high temperature and poor Willow feeling so dreadful! Thankfully fairly large amounts of bowel can be removed quite safely so the devitalised section was cut away and the two now healthy ends of bowel reattched via a surgical procedure known as ‘end to end anastomosis’.  Beware there are some gory pictures below of poor Willow's very grumpy bowel! 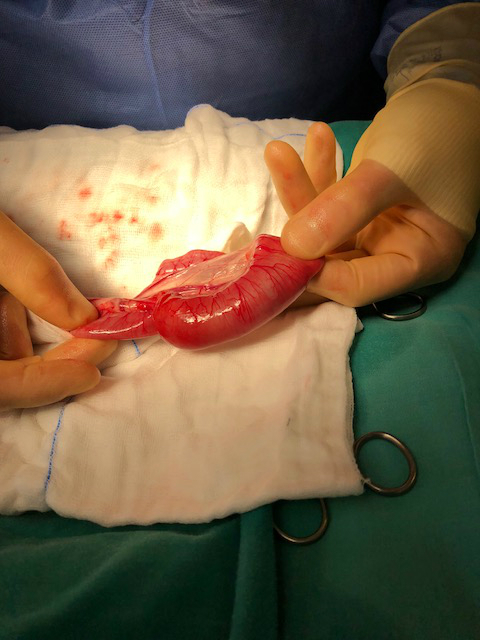 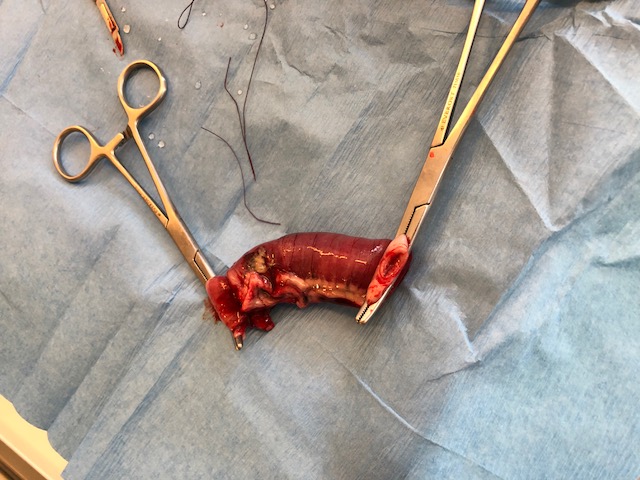 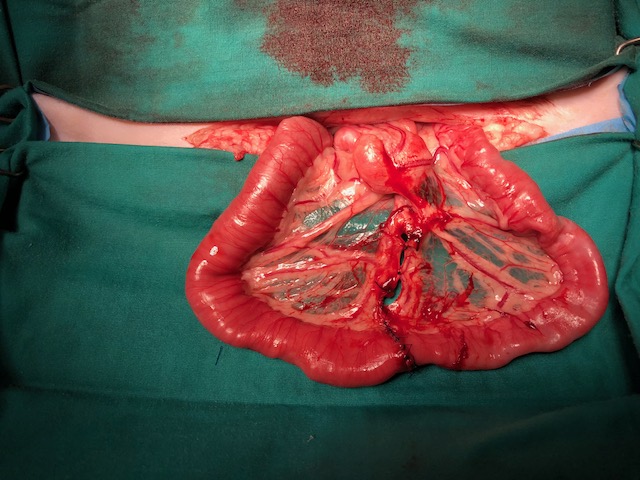 This dying portion of intestine was sent off for analysis and the abdomen was thoroughly flushed with saline prior to closure. Willow recovered fine from her surgery and was put on a digestive care diet while awaiting results. There are many reasons why an intussusception develops such as linear foreign bodies, infection, intestinal parasites and tumours so we were obviously concerned to know why this had happened. 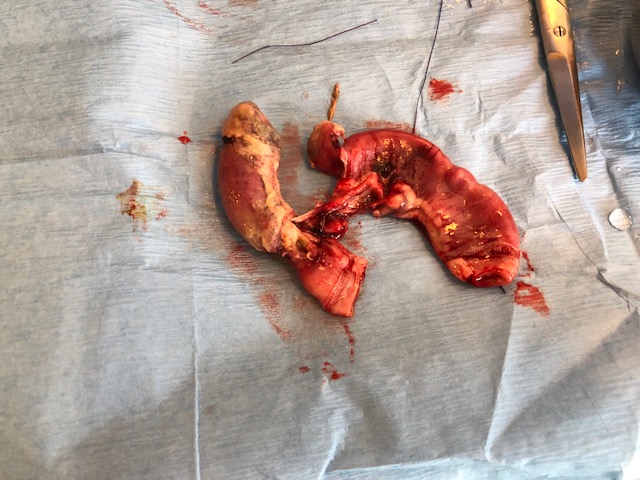 We were very pleased to get the results back - the analysis showed that there was underlying inflammatory bowel disease called ‘lymphoplasmacytic and eosinophilic enteritis’, predisposing her to the development of an intussusception. Thankfully there was no evidence of bowel cancer, despite how horrible it looked.

Hopefully now that we are aware of her feline IBD dietary management should reduce the inflammation and risk of further issues.  We are pleased to report that Willow is back to her usual self at home none the worse off for her now shortened digestive tract.