Read on to learn about Herbies amazing story of near suffocation - from the inside!

Herbie has just turned 1 year old and he is generally very pleased with himself. Being a handsome English bull Terrier he has plenty to be pleased about and if you dare to ignore Herbie he will soon muscle in for some attention whether you like it or not. 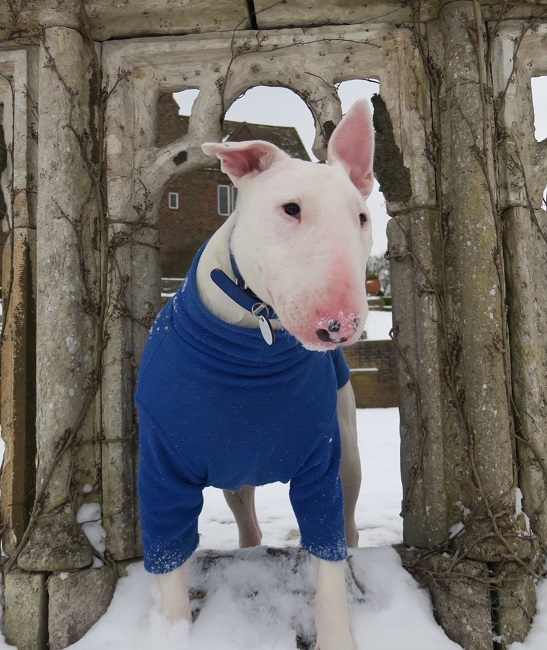 So “quiet time” is not really in Herbie’s vocabulary and distraction appears to be the only solution. This is where things went a bit wrong for Herbie. When presented with a challenging and unusual snack, an unfeasibly large trachea from a cow sold as an edible treat for dogs, instead of slowly gnawing at the tasty morsel Herbie took a few chews and then engulfed the entire bovine windpipe.

Realising that Herbie was showing signs of choking and having difficulty breathing his astute owner attempted abdominal compressions to try to dislodge the obstruction but sadly to no avail. Herbie was whisked down to Oak Barn Vets as a matter of emergency.

On arrival it was clear that Herbie was having some difficulty in breathing but fortunately had survived the journey and was still conscious although visibly distressed. Oxygen was given immediately to Herbie while he was fully assessed and after an intra-venous line had been placed he was given a low dose sedation to calm him down. It was obvious that Herbie was still having problems inhaling and this was compounded by him vomiting large pools of saliva.

In order to secure his airway Herbie was anaesthetised and an endotracheal tube carefully passed into his windpipe. Oxygen and anaesthetic gas could be directly delivered to Herbie’s lungs as a series of chest x-rays were quickly taken. The digital x-ray system at the barn gave immediate images which clearly showed the sizeable treat lodged at the base of Herbie’s heart where, through the wall of the oesophagus, it was compressing the main airway to the lungs (thoracic trachea) almost flat.  He was being suffocated from the inside!

The next challenge was how to reach the obstruction. A flexible endoscope and suction were passed down Herbie’s oesophagus and the collecting saliva was removed so that we could have a good look at the blockage. With the help of several Vets and Nurses long forceps (normally used for keyhole surgery at the Barn) were passed alongside the endoscope and while being watched on the video screen the chew was grasped and gently dislodged.

As Herbie’s breathing pattern and anaesthetic were closely monitored the cow trachea and larynx were steadily pulled back up the oesophagus before being gripped by long forceps at the back of Herbie’s mouth and pulled out. 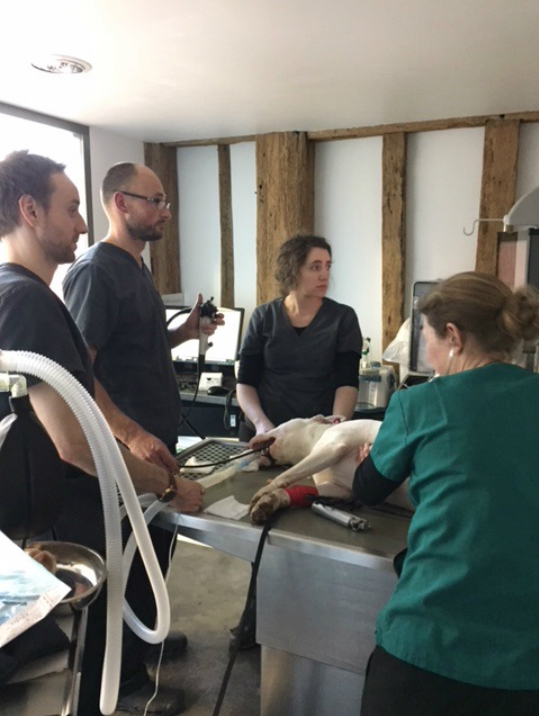 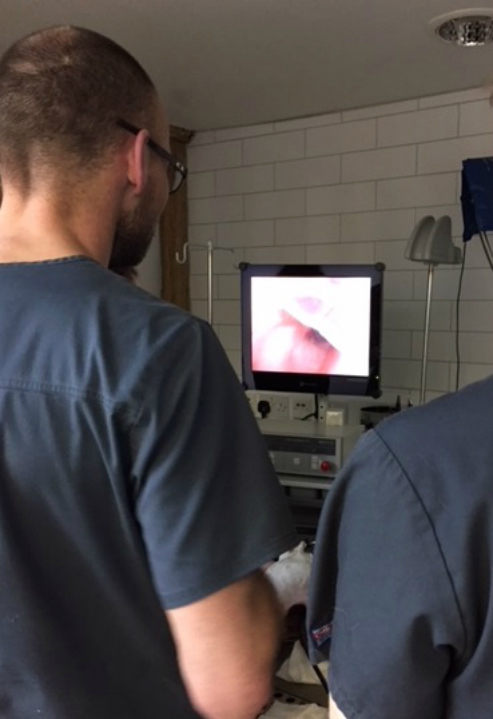 Both ourselves and Herbie breathed a big sigh of relief as his breathing instantly improved. Herbie was closely monitored for the rest of the day as Herbie had developed some fluid accumulation in his lungs due to the temporary obstruction but this quickly resolved with medication and supportive therapy. 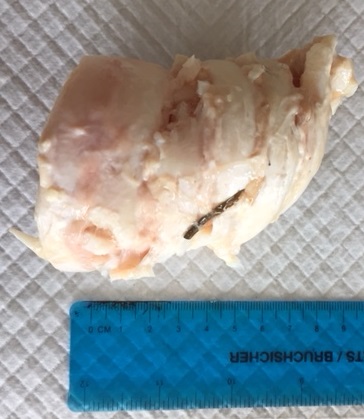 So as a warning to all dog owners it is prudent to supervise your dog if offering chews or treats, particularly if they are impatient like Herbie, as they can present more of a risk than you may think. 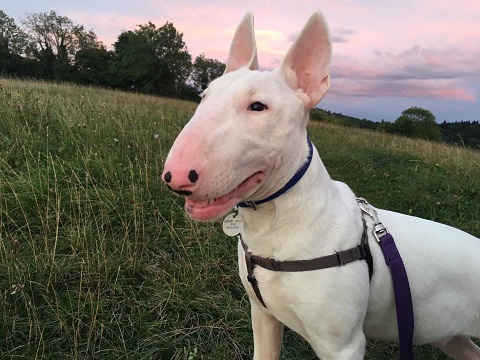