Case of the Month with a big Warning!

September's case of the month highlights the perils of some day to day products we use in the home, without a second thought, and the harm they can potentially do our pets.

We all have clean kitchens; don't want any bacteria there do we?  But have you ever read the small print on the back of your antibacterial spray bottle?  Most of us haven't.  If you look there is a warning to all pet owners - especially cats - of the harm that can be done.

Casper is a very smart 7 month old Siamese cross. Typically nosey, he likes to jump onto the kitchen work surfaces to see what mischief he can find.  In an attempt to discourage him from paddling his paws all over the food areas his owners were sensibly using a spray bottle of water to stop him from going up there.

Unfortunately the water bottle spray and the antibacterial surface spray were easily confused, both a clear liquid in a spray bottle, and anything that is safe to use on food surfaces can't be that harmful, can it?

Sadly for poor old Casper he was in for a bit of a shock.  Duly chastised after his spray he ran off as usual to clean himself up, it was only the next morning that everyone realised he was not a happy boy.

Very sensibly his owners rang for advice and wanted to make an appointment later on the same day.  We advised that he came in immediately for assessment as an emergency - with any type of potential poisoning prompt treatment is always best.

Poor Casper arrived in a very miserable state.  He had a very high temperature, didn't want to move and just sat with his head hanging down, dribbling from time to time.  Despite this he was very good for his examination and treatment, although he must have been feeling awful.

Inside his mouth his tongue was ulcerated and already starting to slough, he had a large ulcer on the roof of his mouth and his throat was very sore as was his abdomen on palpation.  He was admitted straight away for pain relief and emergency treatment.

Thankfully there was no evidence of kidney or liver damage but he had a very high white cell count.  The chemical in most antibacterial sprays is usually Benzalkonium Chloride; unfortunately it is caustic and causes nasty burns to oral surfaces and the gut lining.

The good news is that according to the Veterinary Poisons Unit there has never been a fatal case of poisoning for this - patients recover, but they tend to have a couple of miserable days.

Amazingly Casper recovered very quickly and was eating well within 24 hours of the burns, despite the fact that two thirds of his tongue had now sloughed and he had a very sore mouth!  He did have some further diarrhoea containing blood in it indicating that his gut lining was most likely burnt too.   But with supportive fluids, pain relief, antibiotics and antacids he has made a full recovery and is bouncing around already at home again.

If you are ever worried that your pet has come into contact with something unusual it's always best to contact the practice (as always 01483 455355) - we can soon advise if there is anything to worry about.  Even if it is the middle of the night there is always a Vet available for phone advice on our dedicated emergency line with Vets Now 01483 346203.

Spread the word - just because household products are safe for us does not always mean they are safe for our pets too! 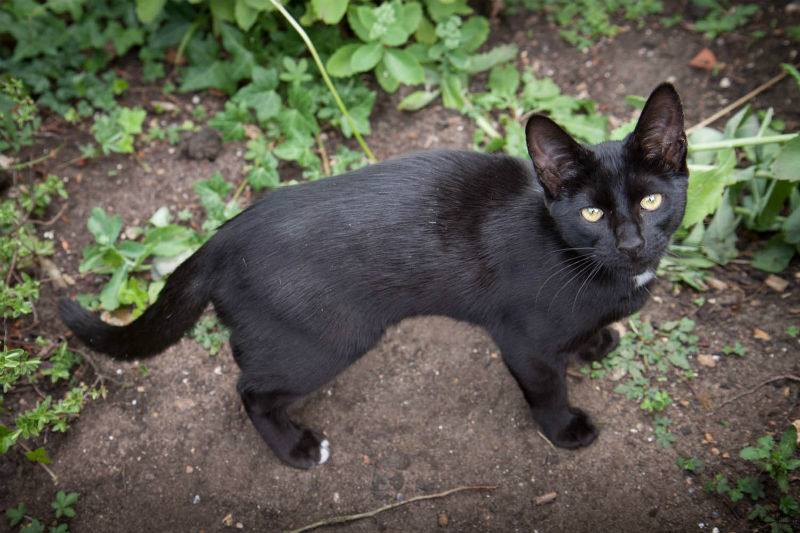