Bourbon is really a case of the last few months!! Unfortunately his case is a fine example of how dermatology (skin) problems often take time to diagnose and treat and are often chronic or lifelong conditions.

A very handsome, large Dogue de Bordeaux cross at 6 years old Bourbon was brought to Oak Barn Vets. His owner had recently noticed a draining skin cyst developing over his left shoulder and on further examination a deep and painful swelling was located in the tissues of his left armpit also. 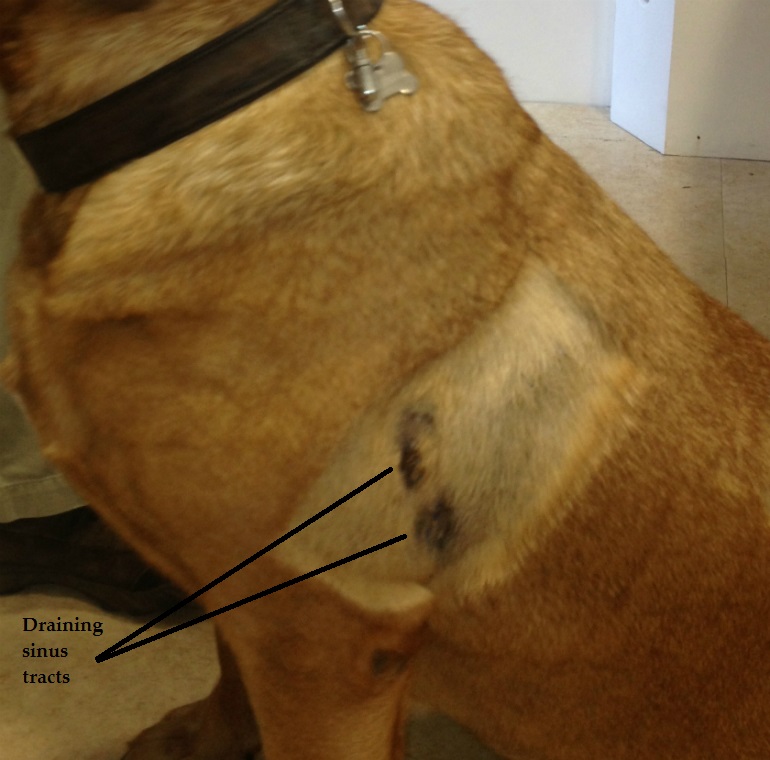 As with any kind of lump or bump on an animal’s body it is impossible to give an accurate diagnosis of what it might be without first taking a biopsy. This can often be done in a consultation as with Bourbon and he was very brave whilst some fine needle aspirate samples were taken.

Thankfully no signs of cancer were detected but analysis of the sample showed Bourbon to be suffering from regions of intense inflammation in the deeper layers of his skin. Extended cultures of the fluid leaking from these bumps did not grow any bacteria or fungi and he was not responding to antibiotics.

Further lumps and bumps started appearing over Bourbon’s body despite treatment so it was decided to take him to surgery for further biopsies. This time excisional biopsies were taken meaning that the affected areas were removed surgically and sent for histological analysis at a laboratory. This involves preparing the tissue through a process called fixing before it is sliced so thinly that light passes through it and the cells that make up the biopsy can be examined under a microscope.

We are extremely lucky at Oak Barn Vets to have access to some very clever and dedicated pathologists who examine our biopsies and samples. The samples are sent by courier and we often receive results back within a matter of a few days.

Bourbon’s samples had even our pathologist a little bit confused though!

Below you can see an image of a a pyogranulomatous area of inflamation which is what they could see on the samples we had sent the smaller image below that is a normal microscopic image of the same tissue. 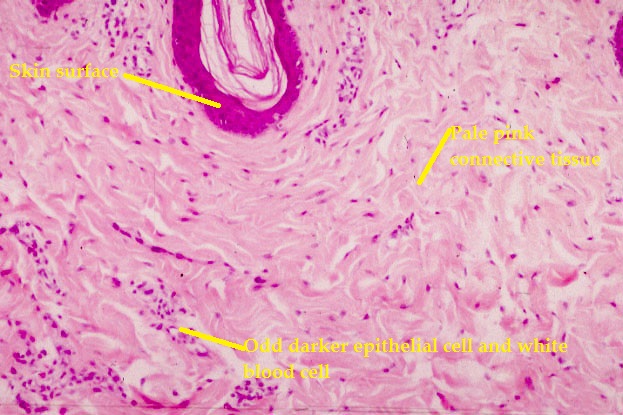 With further examination and testing of the biopsies the pathologists could not find an obvious underlying cause to Bourbon’s mysterious swellings.

His lab report can be seen down below in the attachments section and makes for some reading!

In cases such as this it is often thought that these intense inflammatory reactions may be due to the body’s own immune system getting a little confused. This group of conditions  are called “auto-immune” diseases and are thought to be started by all sorts of potential “triggers” such as a viral or bacterial infection, allergic disease, drug therapies, vaccination, basically anything that may stimulate the immune system, there is also a known genetic influence, but they are generally quite rare.

Boubon was started on a course of immuno-suppressive medication and the remaining inflammation subsided. No further swellings have appeared since the start of Bourbon’s new treatment and we are gradually weaning down the dosage of his medication. There is no way of predicting how immune-mediated diseases will behave as each individual’s immune system is different and complex. The hope is that we will eventually be able to stop Bourbon’s treatment and that his immune system would have “forgotten” about this over-reaction. 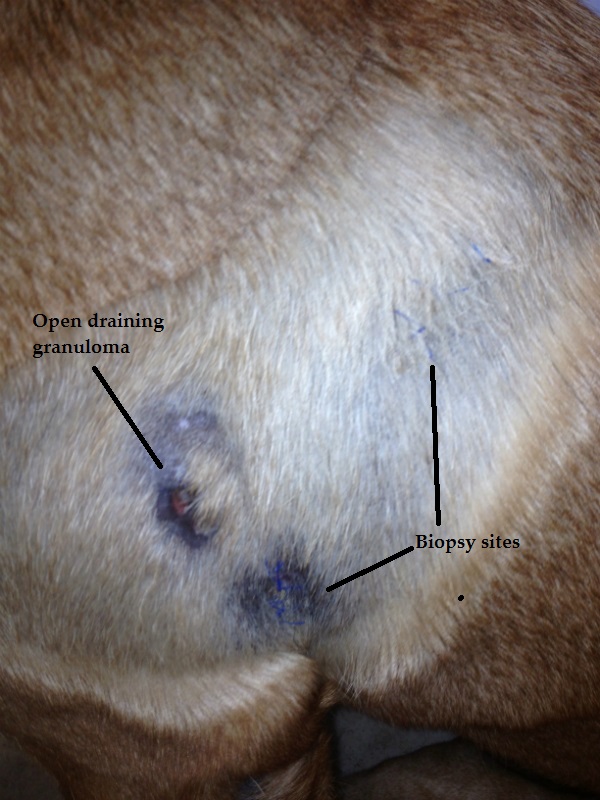 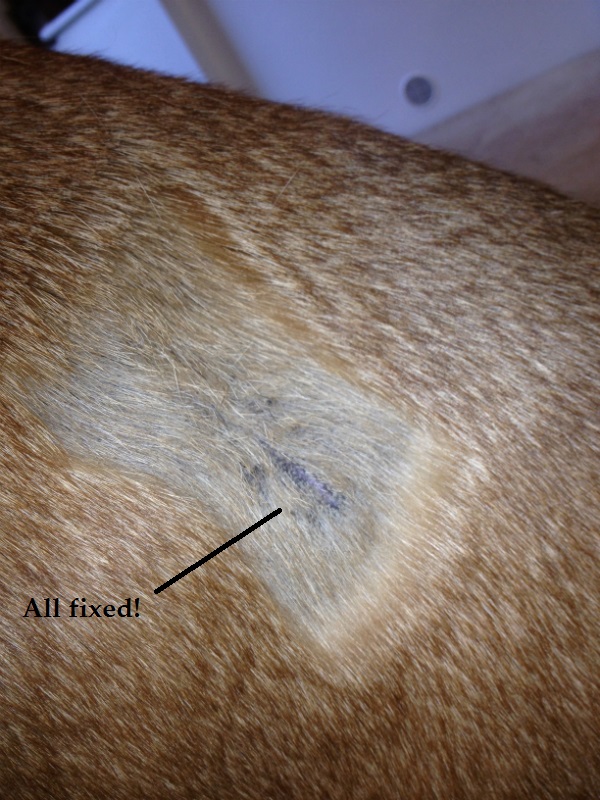 Throughout his treatment Bourbon has remained his usual stoical, laid back self and a delight to treat.  He's very good at giving a big paw for his biscuits despite everything and we always know when he's been in to say hello as we are all covered in friendly slobber!