Case of the Month - December 14

Shilo is our very unusual case of the month for December – a lovely dog with an incredibly rare and life threatening blood disorder.

Let me introduce Shilo; he is a 12 year old cross breed dog and has become a familiar face at Oak Barn Vets over the last few months. There are not many bits of Shilo that haven’t been looked at in some way or another!  Here you can see him enjoying the sunshine using his best friend Bobby the terrier as a cushion! 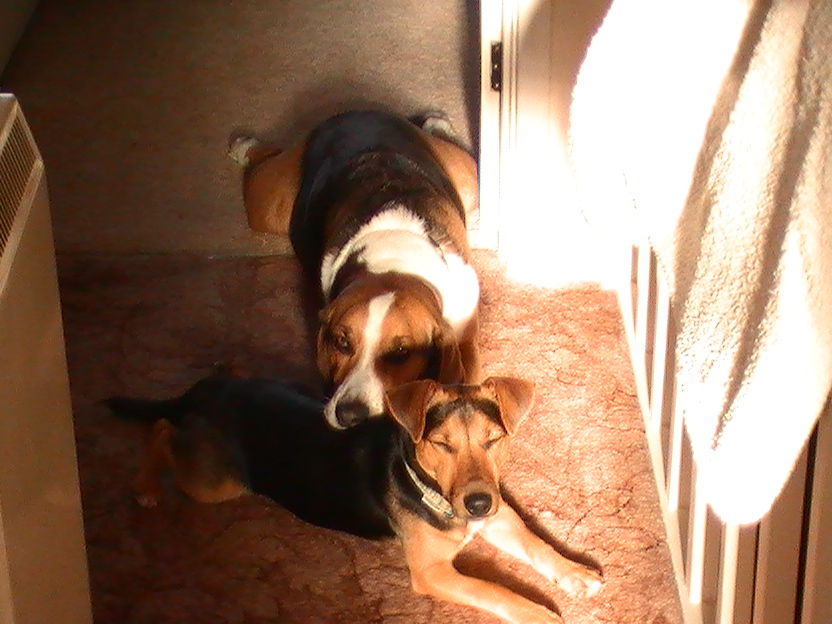 Shilo first presented with a complicated history of anaemia with an unknown cause. He had recently had a couple of visits to a local specialist referral centre for a work up but still the cause of his anaemia was a mystery.

Anaemia is due to a shortage of red blood cells within the blood stream. Red blood cells carry vital oxygen around the body. There are many different causes of anaemia in dogs and in most cases a variety of tests will be needed to diagnose the underlying problem. Severe anaemia can be life-threatening and requires urgent treatment.

Red blood cells (otherwise known as erythrocytes) are mainly made in the bone marrow and also, to some extent, in the liver and spleen. They (and therefore blood) are coloured red because they contain a pigment called haemoglobin. The red blood cells pick up oxygen whilst travelling through the lungs and transport this to the body tissues, where it is exchanged for the waste gas carbon dioxide. The red blood cells transport the carbon dioxide back to the lungs where it is removed from the body in exhaled breath. 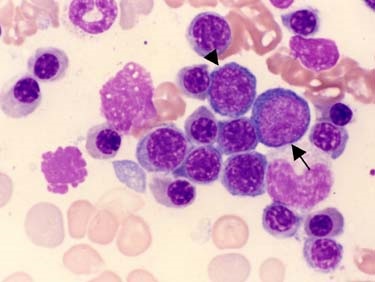 Red blood cells are active for around 115 days, at which point they are removed from the circulation. Continuous normal production by the bone marrow ensures that the total number of red cells in your blood generally remain the same.

We generally think of anaemia as being due to poor production of red blood cells in the body but there are other causes including chronic blood loss, such as from the urinary or intestinal tract, or destruction of red blood cells by infection or by the body itself in auto-immune conditions. Sometimes tracking down the reason can be tricky and often requires a range of investigations to find the source.

When Shilo became anaemic he felt tired and off colour with pale oral mucous membranes.  He was also showing signs of pica. This is when a dog will eat soil or similar strange things, and is thought to be an attempt to supplement their levels of iron and is often a sign of anaemia. Shilo had been prescribed a range of medications to treat for the possibility of a stomach ulcer as well as being given iron and vitamin supplements. His anaemia would improve for a short period but then come back again for no obvious reason. 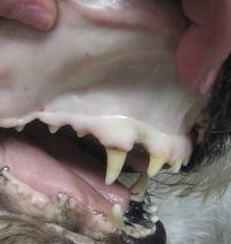 Shilo had already undergone an abdominal ultrasound examination which had showed a small bladder stone but repeated urine testing suggested that there was no blood in his urine and this was not the source of his blood loss. Endoscopy of Shilo’s stomach and upper intestinal tract was undertaken at Oak Barn Vets and numerous biopsies were taken. These showed some low level inflammation but again no obvious cause for his anaemia.

Over a few weeks Shilo started to have another episode of anaemia with his red blood cell levels dropping from 44% to 20%. In a healthy dog a drop in red blood cell levels stimulates an increase in production by the bone marrow. This response should take only a matter of days but in Shilo’s case his levels steadily dropped further. Working closely with a pathologist we were able to examine repeated blood samples from Shilo as he became anaemic and they showed that his bone marrow was not responding as it should. 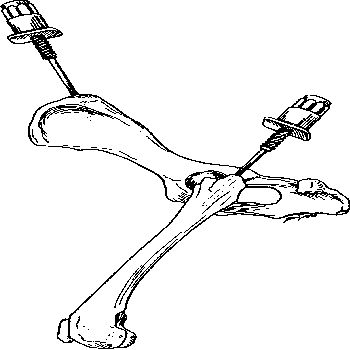 At this point we elected to take a bone marrow biopsy under an anaesthetic - this is the only way to get a clear picture of what is happening with in the blood cell factory of the body. Even the pathologist got a bit confused at this stage! Shilo’s biopsy revealed that he had a rare auto-immune condition.

Shilo’s white blood cells had become confused and were killing the red blood cells just before they left the bone marrow to go into his blood stream.  The very unusual thing about this is that all the other blood cells made by the bone marrow were perfectly healthy.  The diagram below indicates the cell lines produced and where the problem occurs.

This is an incredibly rare form of auto-immune anaemia involving late stage destruction of his pre-erythrocytes! In English this effectively means that the immune system was only attacking the new red blood cells just before they were released from the bone marrow into the circulating blood stream. To put this into context between Louise and Andrew’s 30 years-worth of Veterinary experience combined neither of them have seen a case of this before and will probably never see another case again!

We are very pleased to report that within 2 weeks of starting medication to suppress his immune system Shilo’s levels were on the rise and after a month were back to normal. We plan to gradually reduce the level of his medication over time to try to make sure his condition does not relapse – thankfully Shilo is enjoying life again and the long term outlook is good.

If you are worried that your pet might be anaemic it is easy to check their mucous membrane colour in their mouth. Pale gums in a lethargic pet is a concern and we would recommend an examination as soon as possible.