Case of the month - September 15

So what can we say about Stan? He is a Bengal by breed but as soft as a marshmallow by nature. He has a sweet tooth and has been known to snaffle the odd slice of cake when his owners are not watching.

We met Stan with his concerned owners after he had been diagnosed as suffering from repeated bouts of pancreatitis over the previous few months.

The pancreas is an essential glandular organ of the body which sits alongside the stomach, liver and duodenum (the first part of the small bowel). It has an important role in digestion of fats and proteins in food, producing strong enzymes which are released into the digestive tract. It also helps to control blood sugar levels by producing insulin which is then released into the blood stream. 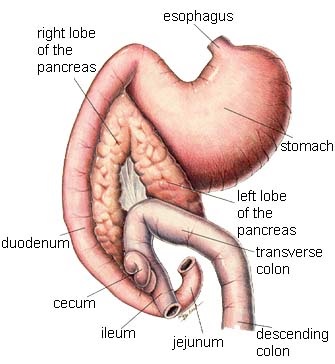 The problem with the pancreas is that when it gets grumpy it can get really grumpy and inflammation of the pancreas (pancreatitis) can make any pet very unwell and can prove fatal. In Stan’s case he was showing signs of losing his appetite often with vomiting, diarrhoea and abdominal discomfort.

Diagnosing pancreatitis often involves a combination of blood testing, to measure the level of pancreatic enzyme in the bloodstream, as well as an abdominal ultrasound to image the pancreas to check for abnormalities. Diagnosing pancreatitis through blood testing has come on leaps and bounds with the use of canine and feline specific tests. Measurement of enzymes in the blood help to diagnose pancreatitis rapidly in animals with a high degree of accuracy and “patient side” tests mean that a result can be obtained within minutes.

Stan’s levels were abnormal and he was hospitalised for supportive treatment. Pancreatitis in cats is commonly seen in conjunction with bowel and liver problems due to the close association of this organ to the small intestine as well as the liver and gall bladder.

Treatment for pancreatitis generally involves rehydration therapy, in the form of intra-venous fluids, as well as pain relief and anti-nausea medications. It is also important to avoid varied or fatty foods so that the pancreas is not over stimulated. Trying to get Stan eating more normally was the main goal as he typically loves his food.

Imaging of Stan’s pancreas with ultrasound showed it to be irregular and inflamed so there was some concern that an underlying process such as cancer was behind his recurrent bouts of pancreatitis. 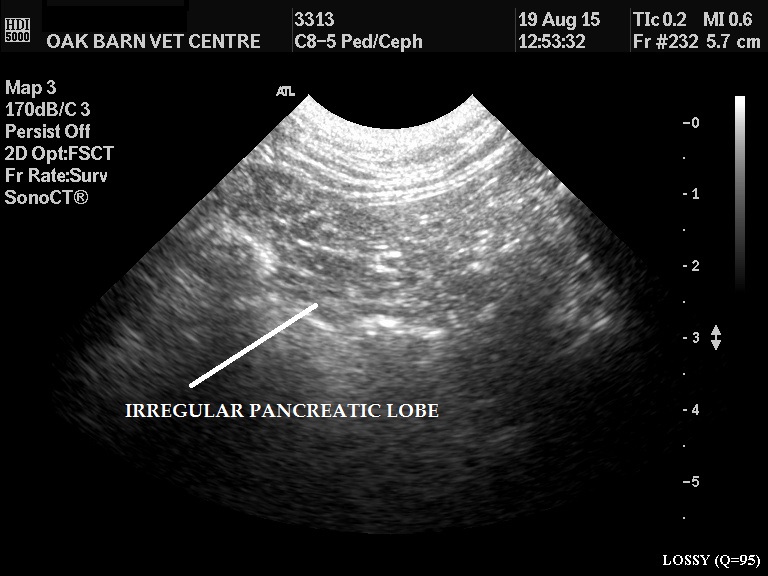 As Stan improved with his medical management and after discussion with his owners, we decided to biopsy his pancreas to get a better understanding of what was behind his recent illness. Thankfully, with the use of laparoscopy (keyhole surgery) biopsies of Stan’s pancreas and liver could be taken with minimal discomfort. Stan’s surgery involved 2 tiny “ports” to examine his internal organs and take tissue samples. His ports were closed with hidden stitches so no need for a collar or dressings and Stan was back to normal just 24 hours after his surgery.

An anxious wait for results followed as Stan’s pancreas did indeed have an abnormal, lumpy appearance when biopsied but thankfully this was found to be a benign change. His biopsy also revealed some mild changes with his liver. 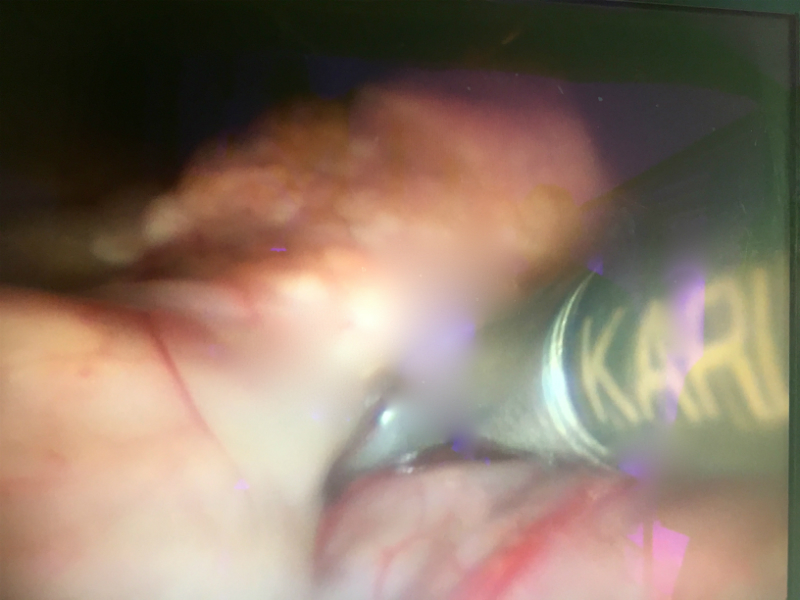 Careful diet management and control of stomach upsets has kept Stan free of further pancreatitis and he is making great progress. We see him for regular check-ups to make sure that his pancreatitis is kept at bay as cats can be very sneaky about hiding signs of illness from their owners.

Treating Stan and other pets with pancreatitis highlights the importance of avoiding rich or fatty foods in our animals as this can often be a trigger for this illness. If you have any concerns or questions about pancreatitis or similar problems then please feel free to contact us at Oak Barn Vets.

As you can see from the lovely pictures below Stan is doing very well and feels much better! 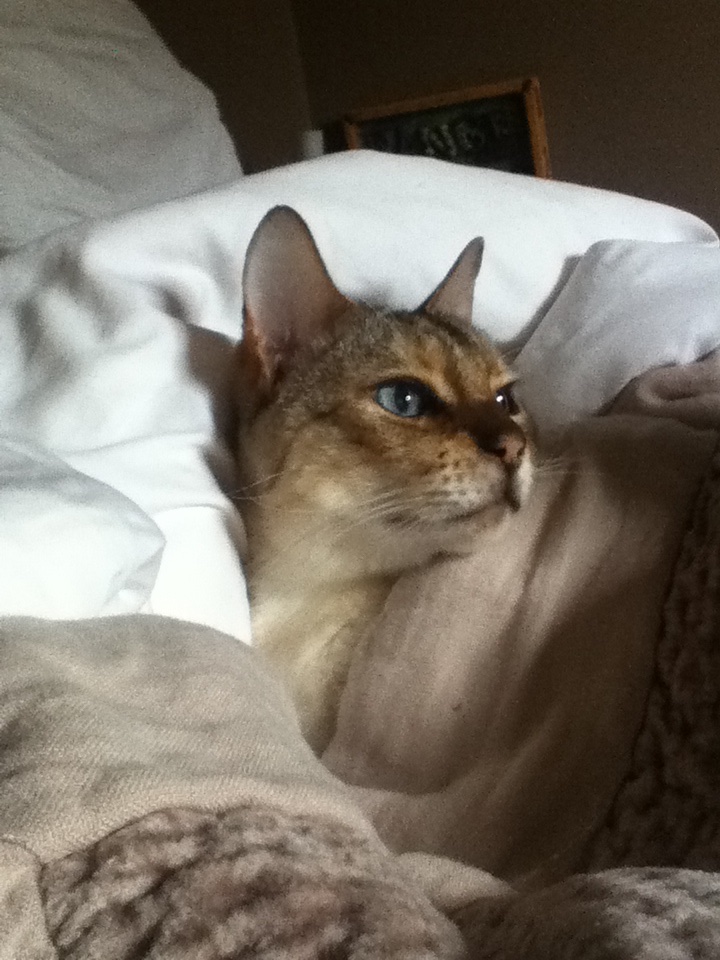 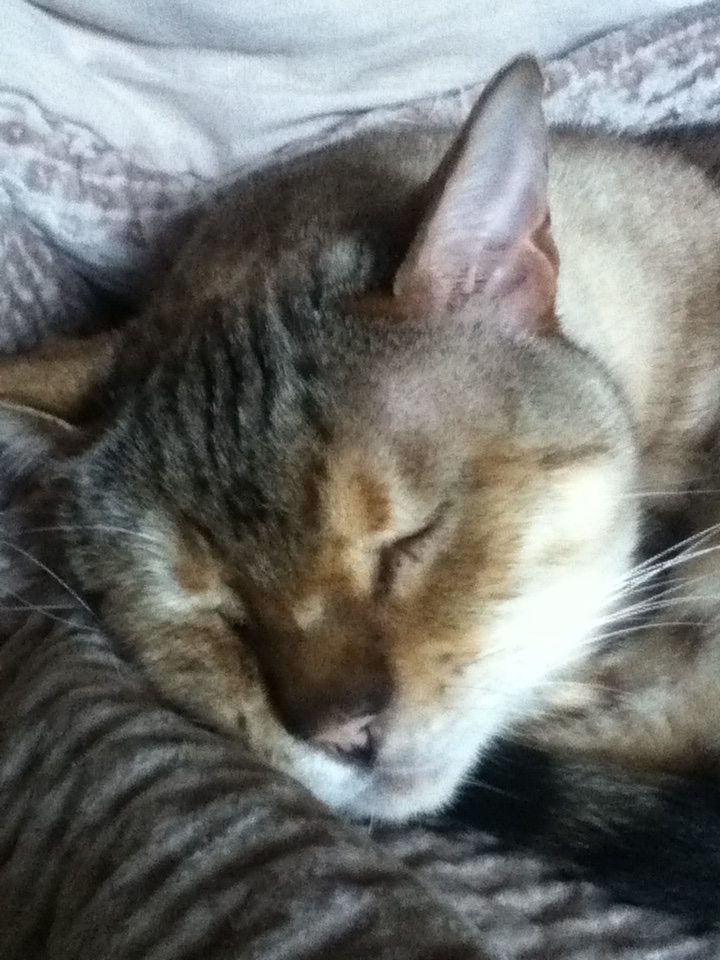 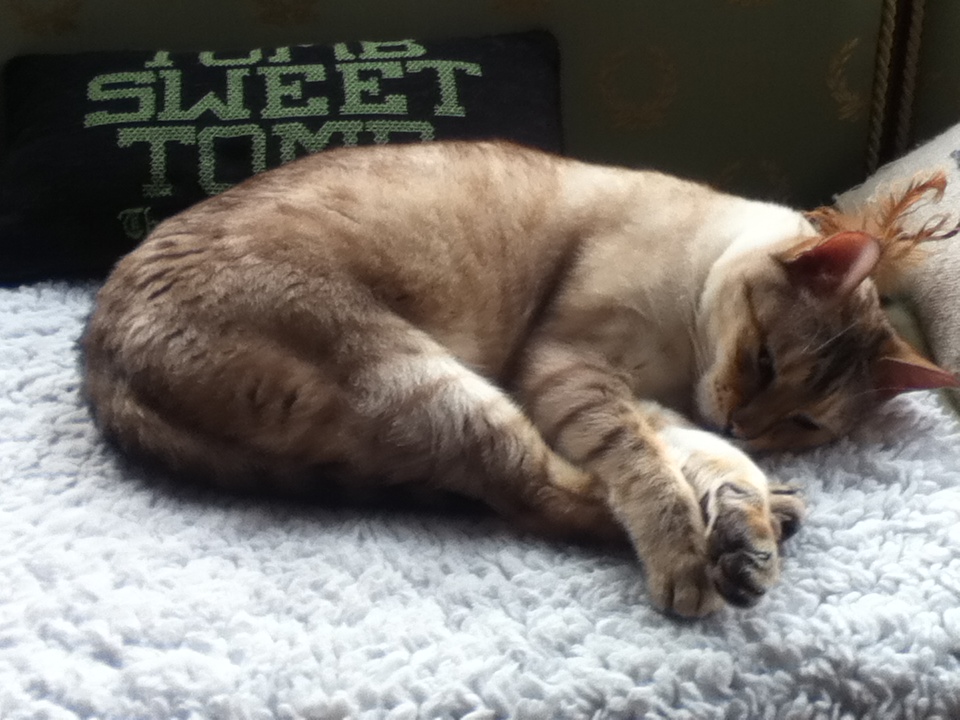